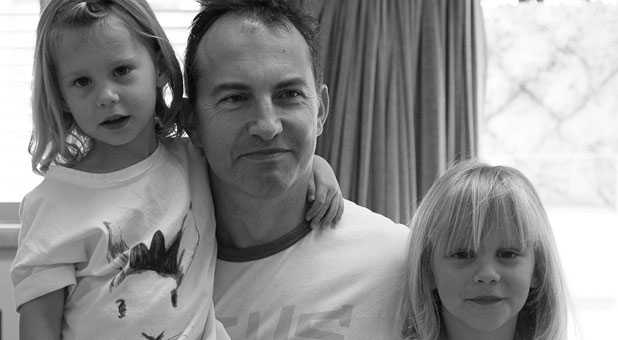 The Auckland advertising & marketing community collected nearly $70,000 at a cocktail/auction evening held at La Zeppa in Freemans Bay on Tuesday to raise funds for adman Andy McDowell (43), who has been stricken with Parkinson’s disease.

“Ours is a small industry, so when someone special is hit hard, we all feel it,” said Trevor Moodie, Andy McDowell’s partner at The Department of Marketing. Moodie and the Marketing Association helped organise the event.

“Andy McDowell is a rare breed,” Moodie says. “He’s one of those people that has an enviable mind, the heart of a lion … and an evil degenerative disease.

“Andy is unique; selfless man who has given us so much. He’s been a big part of the NZ advertising and marketing community for over 20 years, holding senior positions at FCB, Ogilvy, Nebula and The Results Group.

“And now, Parkinson’s is doing its best to rob him of the ability to keep working.

“The money raised will leave a legacy so his daughters Pearl and Lily have the opportunity for tertiary education in years to come. The fund will also help support Andy’s ongoing treatment and enhance his quality of life.”

The biggest contributor to the $70k was the use of the launch Esperance for a day – which was auctioned for $7500.

NZ trade media also supported the campaign with editorial and pro-bono ads – M+AD ran the banner ad on its site and daily emails for the month leading up to the event. Stop Press and Campaign Brief provided similar support.

Parkinson’s is a progressive neurodegenerative condition with no known cure. It affects more than 10,000 New Zealanders, with men more likely to get it than women. Those affected by the condition include Muhammad Ali, Michael J Fox and Billy Connolly.

Check out the videos below which shed some light on the darkness Parkinson’s has brought into Andy McDowell’s life, and the lives of his three biggest supporters – wife Kate and their two beautiful young daughters, Lily and Pearl. Produced by Attitude TV and by McDowell himself, they provide some idea of what he’s contending with every day.