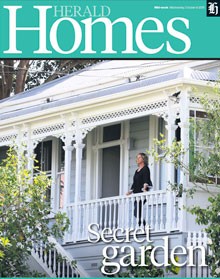 From this Monday (29 September), the NZ Herald aims to arm real estate agents with the ammunition they need to grow and secure vendor advertising.

The Herald appointed TNS Global Research to undertake an ambitious, long running and large scale independent quantitative research project with the participation of key real estate brands. The research has shown that properties that included HeraldHomes in their property marketing mix sold for an average premium over CV of 20% compared to those that did not include HeraldHomes.

This definitive result comes after a strategic review conducted by the NZ Herald which identified a need to support its flagship print publication HeraldHomes and the publication’s de-facto sales force – real estate agents.

Focus groups conducted by the Herald with industry players from all levels identified that a key barrier for real estate agents when selling HeraldHomes advertising was their inability to underscore a vendor’s return on investment when committing to a property marketing plan.

The findings by TNS solve the dilemma created by a lack of participation by (print) competitors in standard industry surveys, such as the Audit Bureau of Circulation (ABC) and Nielsen CMI, which has formerly prevented any of the traditional comparisons on the grounds of readership and circulation.

A NZ Herald release said the paper “is excited to be able to assist in winning the minds and wallets of skeptical home owners by convincing them – with cold hard data – of the relevancy and effectiveness of HeraldHomes in an ever increasingly digital world”.