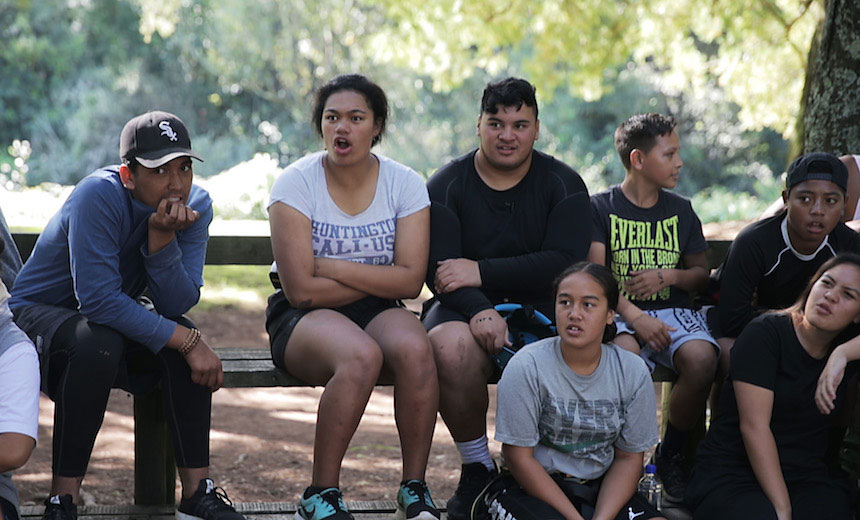 The New Zealand Herald – with Auckland-based producers Greenstone TV – debuted their first foray into long-form documentary-making yesterday with Under The Bridge, an immersion into a world most New Zealanders have not experienced. Through the eyes of three students and their principal, the documentary tackles key social issues such as child poverty, housing and education.

The 30-minute documentary (scroll down for the link) was released through nzherald.co.nz as the cornerstone of a week of content across multiple touchpoints. The Herald worked with Greenstone to secure a NZ On Air grant, allowing the teams to give the story the love, time and attention it needed and deserved.

The premise of the documentary was to look at the state of education through the eyes of Year 13 students from one of the most disadvantaged schools in New Zealand – Papakura High.

Pride – and prejudice
The team of Herald journalists expected they would tell the story of a school in a decline, but instead found a heart-warming and raw story of pride and prejudice; a group of passionate young people who, with the help of a charismatic new principal, were determined to turn around the school and its reputation.

The documentary was produced and directed by Canon award-winning journalists Kirsty Johnston and Mike Scott from the Herald’s investigations and special projects team, with additional filming by Herald videographers Michael Craig and Nick Reed.

It was executive produced by Tash Christie (Greenstone) and Chris Reed (Herald), with significant logistical support from others at Greenstone. Johnston says the most inspiring part of the project was getting to know the students.

Love & community
“I came to really respect their values – all of them love their family and community so much – and I learned a lot from spending time with them. It was truly a privilege to be able to experience their world and to be able to take viewers inside a part of society we usually only see in a negative light.”

Christie says Greenstone jumped at the chance to collaborate on Under the Bridge.

“It’s such an important story with strong, diverse voices and we knew that, done the right way, it would resonate with a New Zealand audience. As documentary makers in a changing media landscape, expanding into the digital space is both liberating and challenging.”

Reed describes Under The Bridge as a landmark project for the Herald.

“It’s significant because we were able to secure funding from New Zealand on Air, something we’re extremely grateful for, and because we forged a fantastic working partnership with Greenstone. More importantly, though, this is a vital story that needed to be told. The Herald has always been, and always will be, about telling important stories in a way that connects with our audience.”