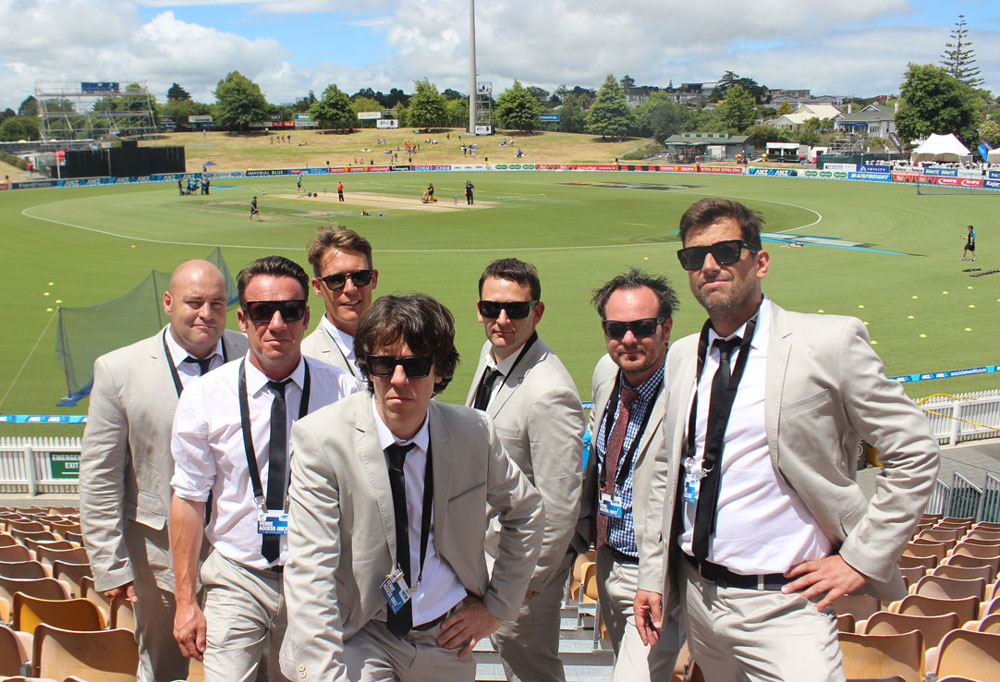 NZME’s Alternative Commentary Collective (ACC) has been saved from the mad bastards on the Cricket World Cup who yesterday banned the popular service because of some trifling protocol breach.

NZME and the cricket authorities have been deep in discussion since the issue surfaced over the weekend. Peace has been made, and the ACC will now continue commentating games for the remainder of the 2015 Cricket World Cup.

The bureaucrats at CWC, however, did not back down completely. The ACC team can no longer broadcast the show from their pitch-side caravan, and must now operate from a distance.

Their abstract ball-by-ball commentary and offbeat analysis has been a hit amongst cricket fans, with access via a dedicated stream on iHeartRadio.co.nz  and theaccnz.com.

NZME general manager – talk Dallas Gurney says it is a good outcome.“We understand the importance of security at the World Cup and fully appreciate the concern the ICC had,” he said. “To have them able to continue commentating, albeit not at the game, is a great result not only for us as a company but for all of the fans they have attracted since their inception.

“It is very common for commentators to be based away from the venue, we do this regularly on Radio Sport when commentating international events.”

Gurney says the ACC popularity has continued to grow. “The boys have generated 241,819 streams to date and with the New Zealand versus Australia game they attracted so many listeners that our server actually crashed. I know the boys are very thankful for everyone’s support but now it’s time to get on with the cricket!”

The ACC resumes on Friday when the Black Caps take on Bangladesh.

About The Alternative Cricket Commentary (ACC)

The ACC is the brainchild of Jeremy Wells, a Parnell social cricketer and one of the most hated people in Gore, along with Beige Brigade co-founder Mike Lane. They are joined by celebrity chef Leigh Hart, hairdresser Lee Baker, parenting columnist Matt Heath, part-time zombie Jason Hoyte, and fashion blogger Paul Ford.