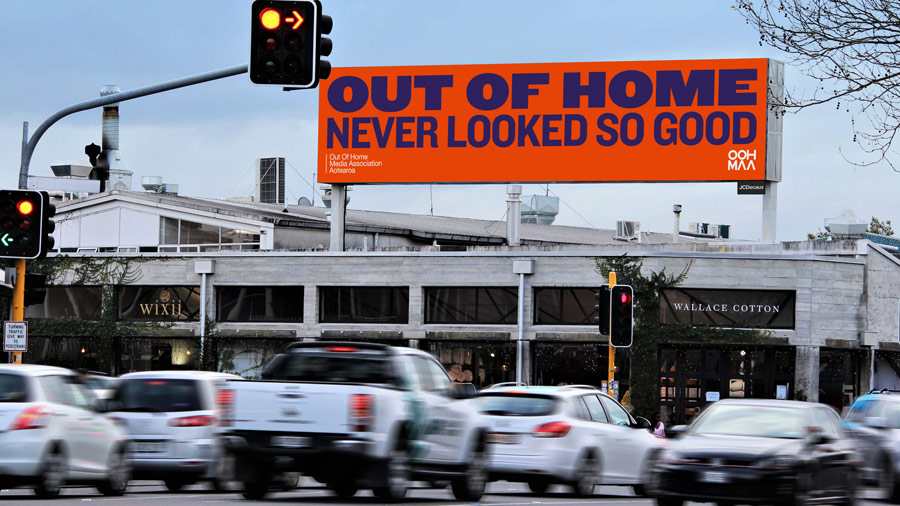 AUCKLAND, Monday: Herne Bay-based brand strategy & identity design company Unsworth Shepherd has created a nationwide out-of-home campaign designed to highlight the strength and effectiveness of out of home as a broadcast medium.

The client is big: OOHMAA (Out of Home Media Association of Aotearoa, previously OMANZ) is behind Out of Home Never Looked … (the title includes the dots), which features a bold, simple, and flexible style underpinned by a heart-eye graphic and range of dynamic creative, specifically tailored for the sites stating ‘Out of Home never looked so good… even stuck in traffic, even with bad weather, even with backseat drivers’.

Unsworth Shepherd CD John Shepherd says that understanding and harnessing the effectiveness of out of home is about connecting directly with audiences through the medium.

“We enjoyed the challenge of balancing comms and craft to create a unique identity for OOHMAA on such a visible platform,” he said.

“It’s bold, engaging, and eye-catching, all the things that encompass what out-of-home advertising achieves for brands every single day.

“The campaign reflects upon some of those key day-to-day moments that Kiwis never thought they would miss following the country’s nationwide lockdown period, such as running errands, doing the school run or being stuck in traffic and we used this to connect audiences with the freedom of ‘Out of Home’.

“The out-of-home industry has seen a four-year compound annual growth rate of over 16% and resulted in its share of the New Zealand advertising spends growing from 5.34% to 6.29%. In 2019, revenue year-on-year was up 22%, the highest increase of any media channel.

OOHMAA GM Natasha O’Connor says the continued growth of the industry and the shift towards the platform encompassing more than simply outdoor advertising is directly reflected in the rebranding to OOHMAA.

“Out of home media reaches people on the street, in shopping malls, retail outlets, universities, airports, ferries, rail and bus terminals – the minute you step outside your door, regardless of where you go, you’ll be reached by an out-of-home message so the shift from ‘Outdoor’ to ‘Out of Home’ encompasses this.

“It was only fitting that we launched our new brand identity with an out-of-home campaign and having support from both OOHMAA members and non-members continues our journey towards a united industry in Aotearoa.” 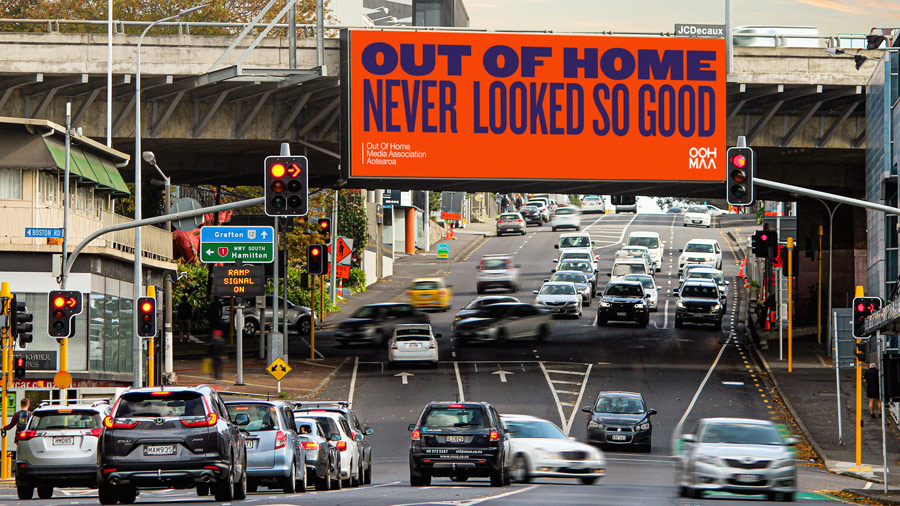 “It’s fitting we launched our new identity with an out-of-home campaign with support from both members and non-members, continuing our journey towards a united industry.”

The campaign will be live for two weeks running nationwide across over 350 sites supported by OOHMAA members (JCDecaux, oOH!, QMS, Media5, Ad-Vantage, and Bekon), and non-members (Go Media, Shout Media, and Phantom).

OOHMAA’s key focus is to educate and raise awareness of the role of out-of-home media within the community, to build and sustain relations with its key stakeholders, to develop best practice industry standards and to provide services to its members.

OOHMAA is governed by a board of directors who are all committed and passionate about raising the profile of out of home advertising in the New Zealand market.

Members of OOHMAA adhere to a Code of Practice and abide by the regulatory frameworks in which they operate.