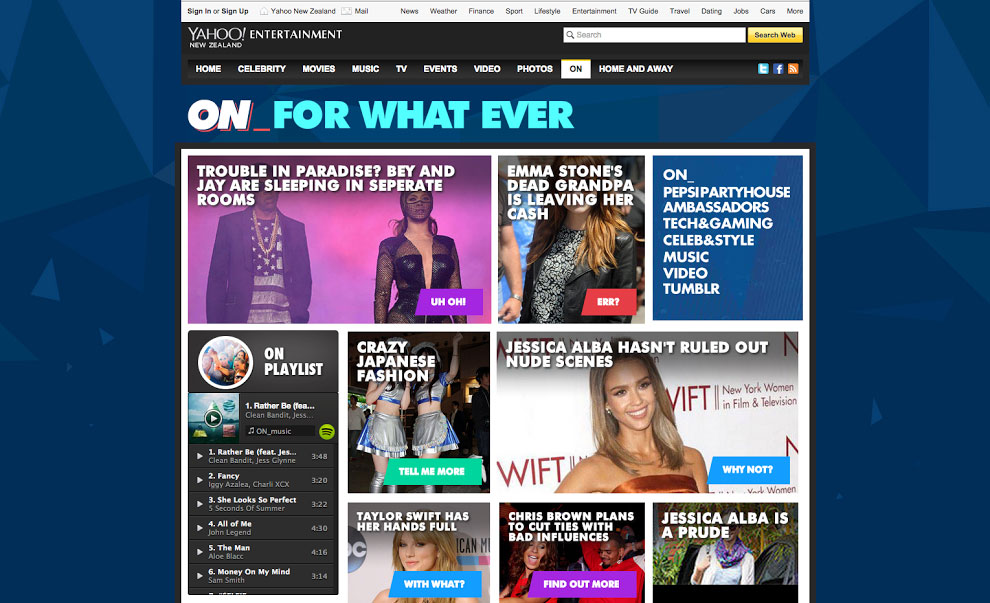 The Pepsi ON campaign by OMD and Colenso BBDO has won top digital honours in the 2014 Yahoo New Zealand Digital Strategy Awards.

OMD/Colenso  won with a customised site it developed within Yahoo Entertainment as a digital hub for teens. It brought together content from ambassadors, Yahoo and social media, and hosted three Pepsi parties during the year – created by teens, for teens, and with teens.

Judges praised OMD for a strategy that delivered real value to the day-to-day lives of teens, and commended the way content including photos, social media, music and videos was curated to create an integrated digital platform that has become a real go-to hub for New Zealand teens.

“OMD’s Pepsi ON campaign harnessed curated content from real teens to create authenticity and a sense of ownership,” said judge Helen Baxter, managing directrix of Mohawk Media. “It was successful in increasing social engagement levels and brand equity, as well as creating opportunities for ongoing activity through a new teen channel on Yahoo.”

The campaign exceeded all expectations by doubling Facebook engagement within a month of going live and achieving 22,930 unique user impressions against a target of 8000 (up by 287%).

Pepsi beat out strong competition from PHDiQ for Monteith’s and a combined campaign from OMD/FCB for Tourism Australia and Air NZ, who were joint winners of the second judging round.

The Savouring Australia campaign from Tourism Australia and Air NZ aligned an original content series across online and print media, to increase awareness and desire to travel to unusual Australian destinations.

Judge Adrian Pickstock (IAB NZ ceo) said he was impressed by the campaign’s “intelligent use of research and the breadth of digital elements utilised, which resulted in excellent niche content creation and added real value to its audience.”

“Digital campaigns are now central to media strategy and it’s fantastic to see New Zealand brands continuing to push the boundaries in the digital sphere,” he said. “We congratulate OMD and PHDiQ on their brilliant work, and look forward to seeing what innovative campaigns the year ahead will bring.” 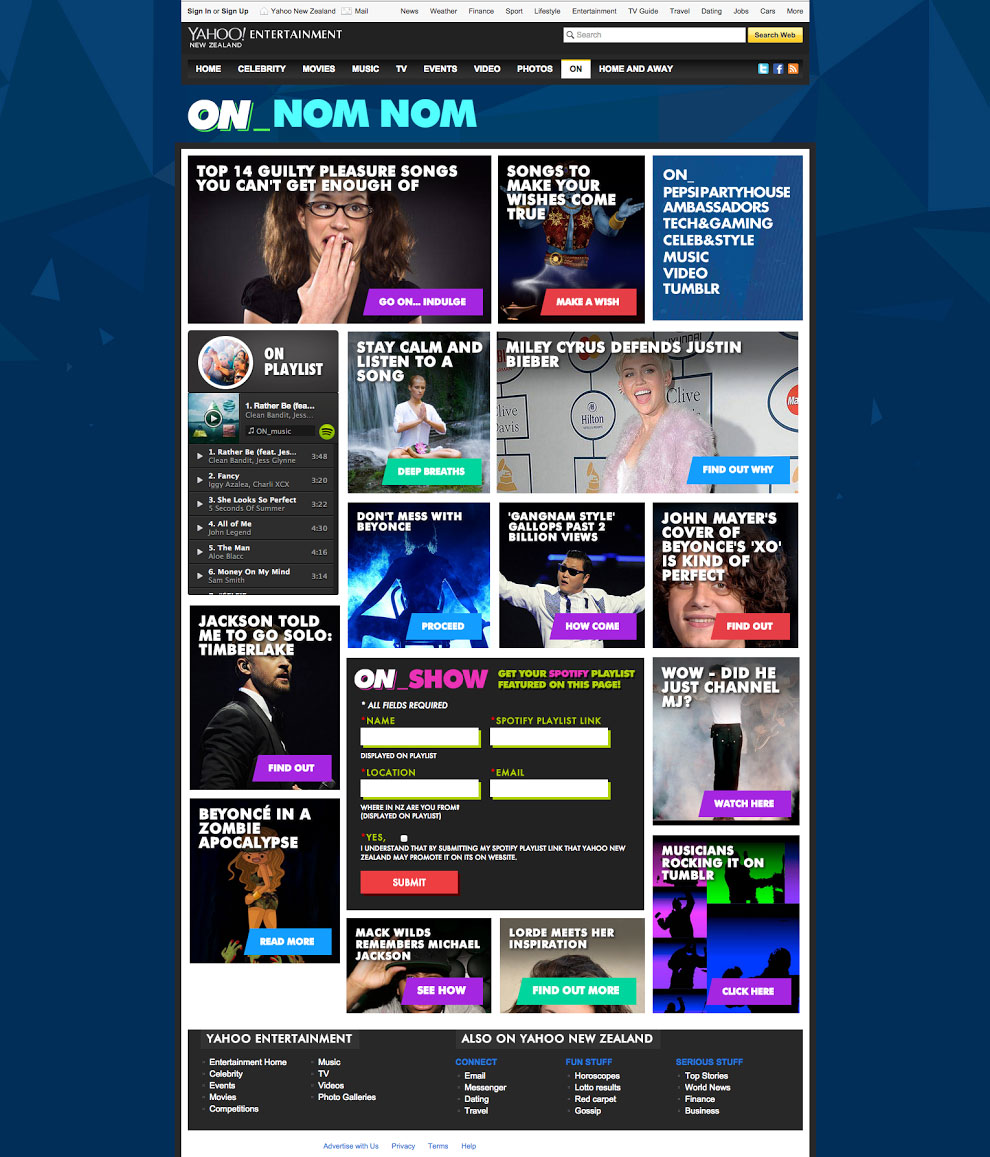 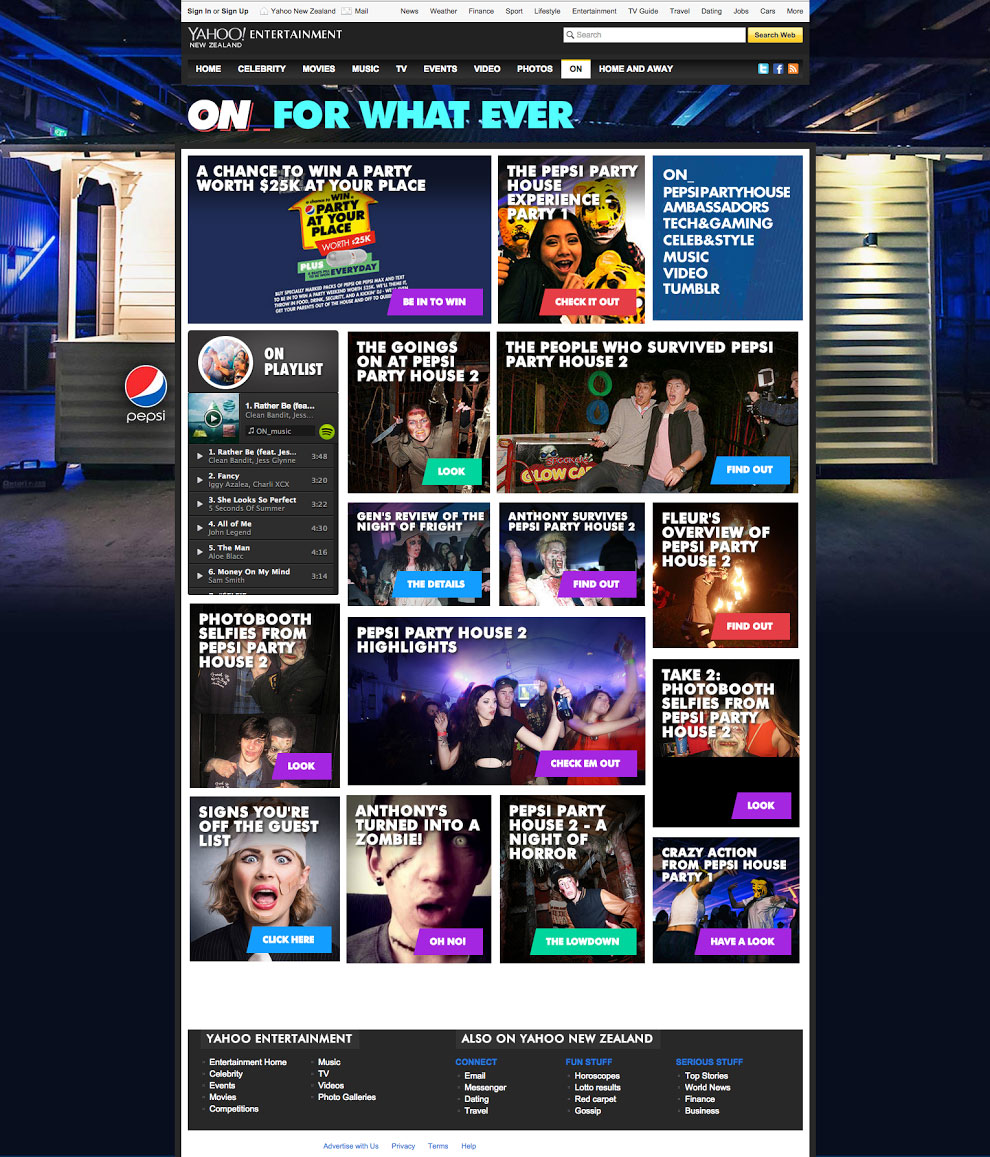 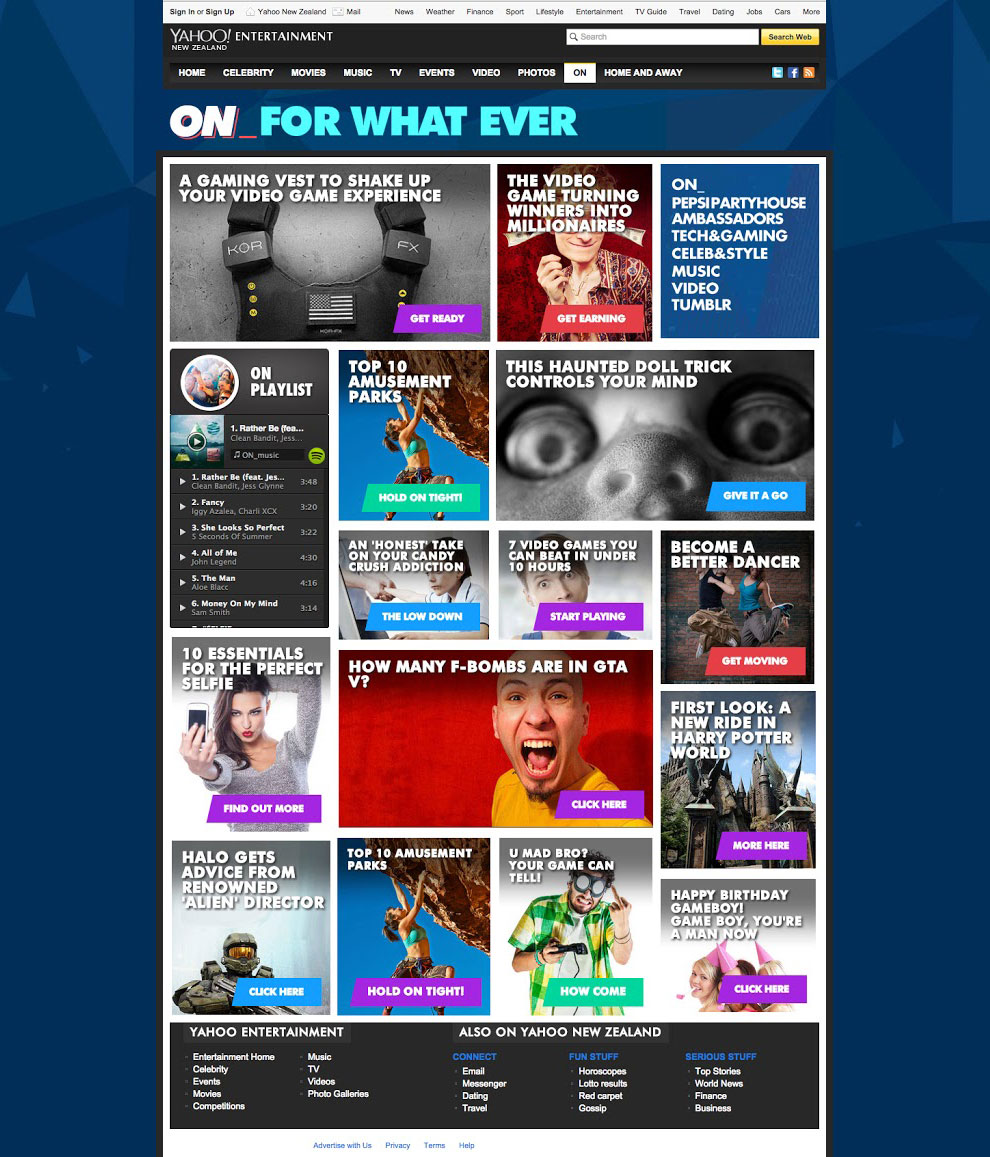 About the Yahoo Digital Strategy Awards

Launched in April 2010, the Yahoo Digital Strategy Awards focus on the key role media strategy plays in the success of digital campaigns, and aim to recognise and reward smart digital thinking. The awards are judged bi-annually, with the two winners going head-to-head to for the title of Yahoo Digital Strategy Grand Prix winner. The Grand Prix winner receives $10,000 of media space on Yahoo New Zealand, plus free entry into the Beacon Awards Best Use of Digital category.