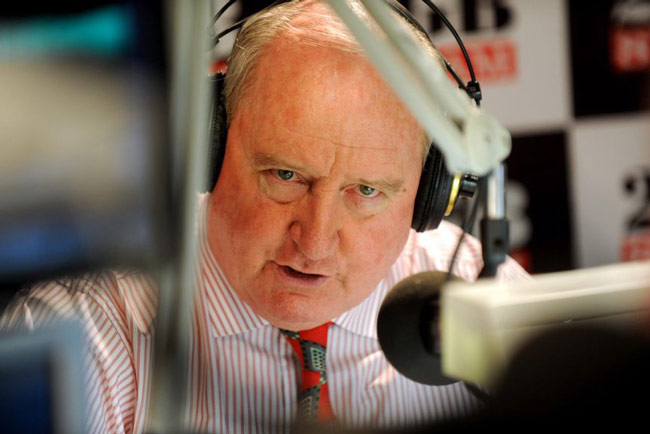 Mumbrella reports that Jones was, however, forced to provide an on-air correction yesterday for another breach of the rules, which occurred in the same broadcast when he made factually inaccurate comments about climate change.

The ACMA received 127 complaints for the segment, in which Jones said: “I just wonder whether Scott Morrison’s going to be fully briefed to shove a sock down her [Ardern’s] throat”, “Now I hope Scott Morrison gets tough here with a few backhanders”, and “I hope he goes for the throat this morning”.

One complainant said the comments went “far, far beyond any generally accepted standards of decency” that the station claims, to which the licensee, Harbour Radio, responded: “Mr Jones’ audience would be familiar with his opinionated style.”

“The Broadcast in question was not gratuitous or baseless criticism of anyone, but a criticism of Ms Ardern’s conduct in public office; nor was it intended or directed at women generally,” the licensee continued.

“Mr Jones did not intend to convey any violent metaphor; the words spoken were accidental.”

But the ACMA agreed with the complainants in its investigation report – which totals more than 20,000 words – noting that there were no immediate corrections made for any ‘accidental’ slip-ups.

“The repeated use of violent metaphors by Mr Jones and his apparent encouragement of aggressive silencing of Ms Ardern was highly offensive and did not meet contemporary community expectations,” said O’Loughlin.

More than 100 brands boycotted Jones’ breakfast show after the comments, leading to a sizeable shrinkage of advertising revenue, an apology from Macquarie Media to advertisers, and a review of 2GB’s content.

“Given the imminent retirement of Mr Jones from 2GB and the actions taken by Macquarie Media and Mr Jones at the time, the ACMA is not taking further action against the licensee for breach of the decency rules,” O’Loughlin added.

Fossil fuel?
The comments about Ardern at the centre of the latest ruling, which went to air last August, were made in the context of a discussion on climate change. He incorrectly stated that biomass is a fossil fuel, and presented figures regarding Australia and New Zealand’s percentage of energy use from solar and wind.