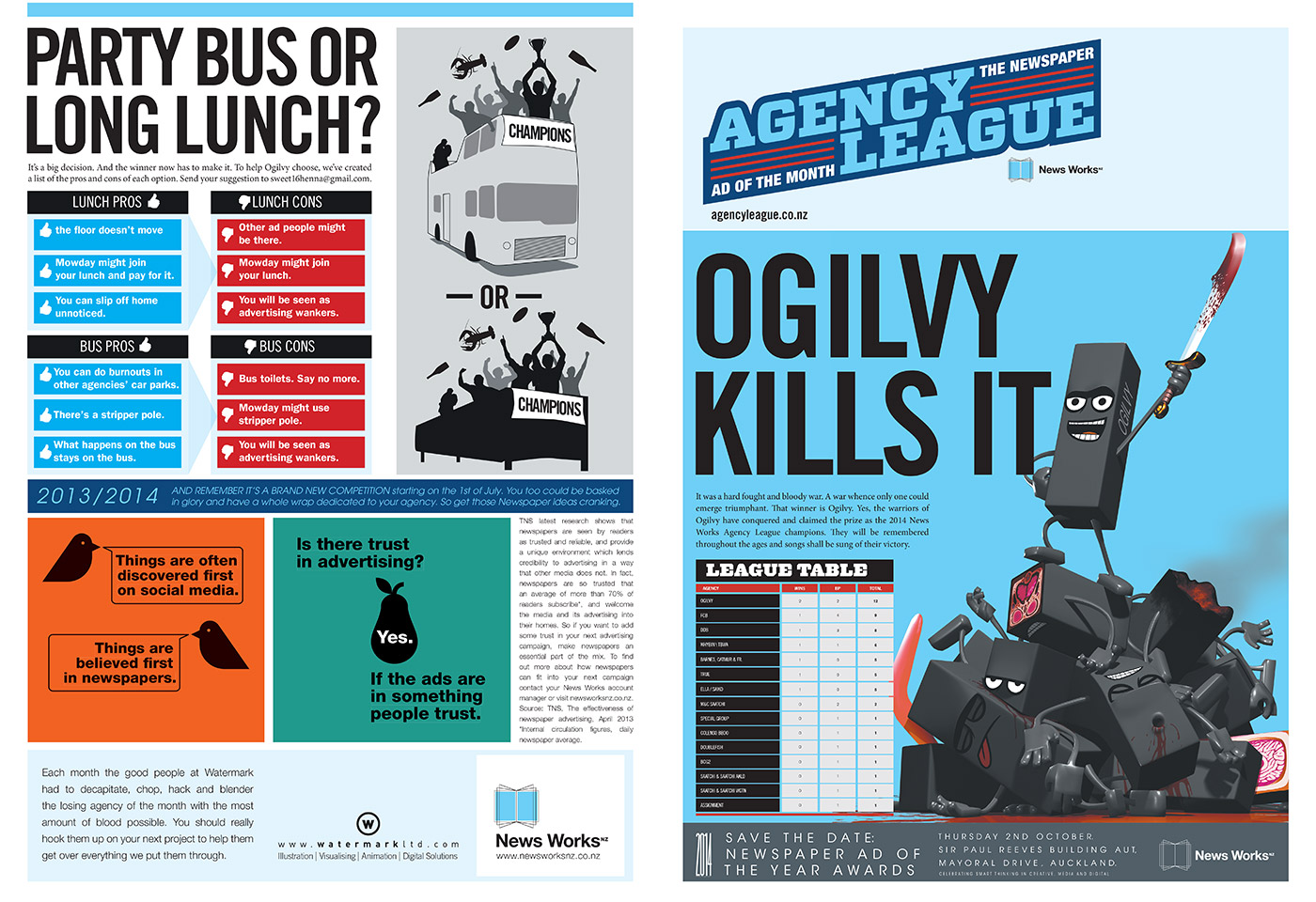 Ogilvy has taken out the inaugural News Works Agency League annual competition with a total of 12 points on the Agency League table. This was made up of two wins, and two bonus points.

News Works launched the Agency League last March, to run in conjunction with Newspaper Ad of the Month, to stir up competitive spirits between NZ creative agencies and generate creative newspaper work. Each month newspaper ads were judged by top creatives, with the winners receiving $250 and Agency League points for their agency, which were tallied on the League table from March 2013-April 2014.

A monthly win scored 5 points, and judges were also able to award bonus points to other ads for anything they particularly liked – great copy, art direction, topicality etc.

The Agency League competition will now have a rest until July to time in with Newspaper Ad of the Year competition.

However Ad of the Month will continue through to the end of June. News Works marketing executive Kirsty Atkins reminds agencies to keep entering their work for both newspaper and news site advertising as each month not only are ads considered for Ad of the Month, but they also go through for consideration into the $10,000 Newspaper Ad of the Year.

For the final month (March) of the first round of Agency League, no monthly winners were selected by judges; however M&C Saatchi received another Special Mention for their NZ Fire Service ad, earning their agency another point on the Agency League Table.

The judges commented that the NZ Fire Service classified ad “was a great use of the medium, and drew the eye in a cluttered space”.

Any ad that’s run in any newspaper in New Zealand is eligible to enter the competition. To enter your ad for next month, go to www.newsworksnz.co.nz/creative/ad-of-the-month/enter, or email kirsty@newsworksnz.co.nz with publication details. For more info, visit www.agencyleague.co.nz. 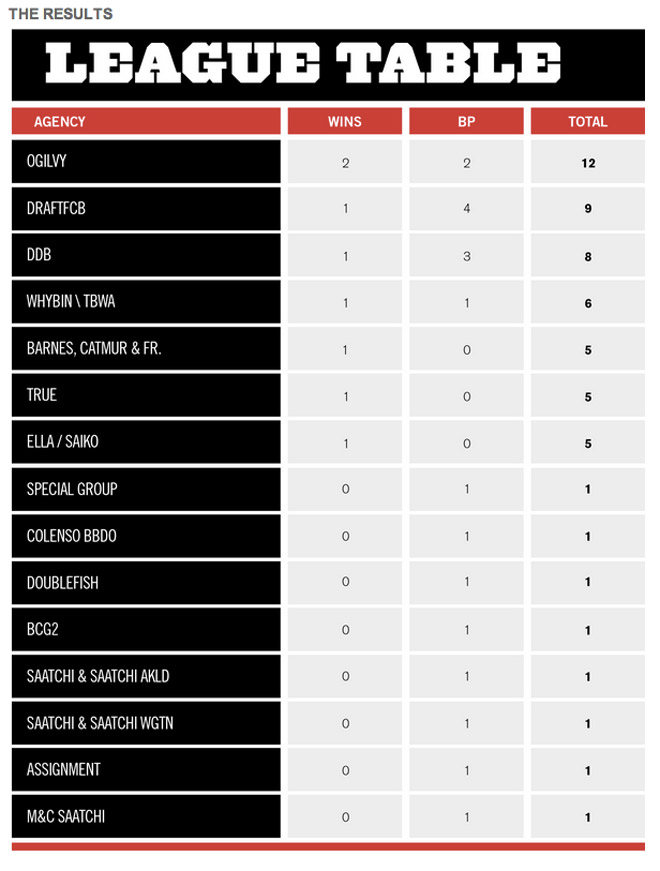