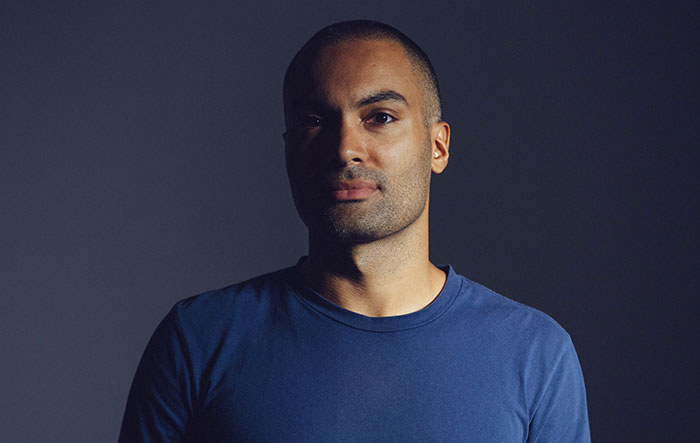 After making the switch from the restaurant kitchen to the creative department, Oriel Davis-Lyons is now a Creative Director at Droga5 New York, whose work has won 100+ awards at every major show, including New Zealand’s only D&AD Black Pencil.

A graduate of AWARD School, Auckland, he spent 3 years at Colenso before making the move to New York in 2015. Then, in 2016, he wrote a seminal spot for Hillary Clinton’s 2016 Presidential campaign that the New York times called a “hall of fame, effective ad.”

We caught up with him for a quick Q+A.

How did the “Role Models” spot for Hillary Clinton come about?
As a parent, you’re hyper-aware that kids absorb what they see on screen. Usually, you’re trying to stop them watching something violent or inappropriate, but as Trump dominated every channel throughout the campaign, I thought “what if I can’t allow my kids to watch the President?” There’s already something unsettling about the way kids zone out in front of a screen, so combining that with Trump’s words turned out to be pretty powerful.

Since then, brands and their actions have become more politicized than ever. What effect is it having on the work?
I think brands are struggling because their audience is divided, and to align with one side means losing the other. So more and more, briefs are just versions of “brand X is what unites us all.” And most brands think that’s enough. But the reality is, the majority of consumers want brands  to show real action on social issues. Ads are not enough. Lyft’s gain in market share wasn’t because of an ad campaign, it came from their actions in response to the travel ban. Nike grabbed headlines for their Kapernick campaign, but they also made the first hijab for female Muslim athletes. And Billie, a start-up razor company for women made global news for showing women shaving actual body hair. Yes, it was an ad, but it was the action that made it famous. For me, this is the most exciting time to do what we do. Because right now, actions speak louder than ads.

Your work often falls outside the lines of “traditional” advertising, is that a conscious decision?
Definitely. I’m hyper-aware that people literally pay to avoid what we do. So whenever I’m looking at a page full of my own ideas I’m thinking “why would anyone give a shit about this?” Assuming that people don’t care about advertising helps me get to ideas that are at least provocative. And it also means they probably don’t fit neatly into 30, 60 or 90 seconds. Starting your career at Colenso helps, too. You learn how to make big headlines without big budgets.

What are some of the biggest working differences you noticed going from New Zealand to the States?
Layers, layers, layers. In New Zealand you’d present your ideas to the person who had the final say. In the US, it’s like working your way through the levels of video game where you have to protect your idea all the way to the final boss. But the upside is there are opportunities here that just don’t exist anywhere else because of the scale you work at.

There is a lot of nervous talk about the death of the traditional agency model, are you nervous?
No, not at all. The only people worried about the “death” of the model are the ones invested in keeping it alive. And when people talk about the old model, they’re talking about a model with a lot of problems. So, I’m excited about what’s next. It’s a chance to reassess our priorities and reinvent how we work. The agency as we know it, with the late nights and anything for awards mentality is probably dead, but the need for ideas that do good, not just for brands, but for people and the planet is going to be more important than ever.