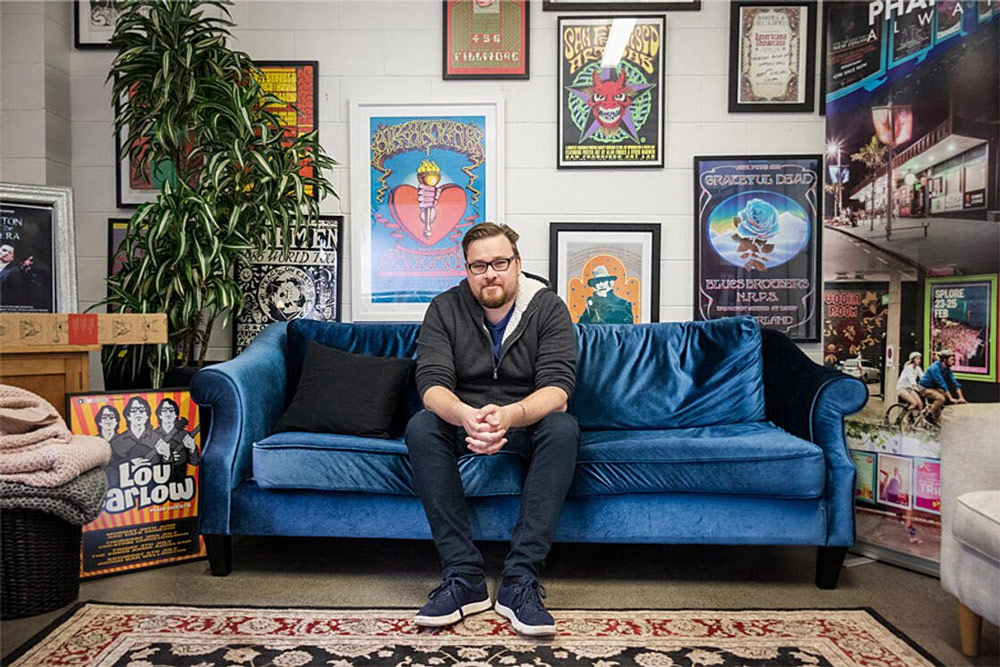 “On five different occasions he’s been stuck in a lift or experienced that heart-stopping moment when it drops a couple of floors.”

Maybe don’t get in a lift with Joel. But do learn about what it takes to become one of the can-do Jedi masters at Phantom Billstickers …

I’m Phantom’s commercial and operations director and it involves lots of spinning plates.

I work to make sure we have enough sites for the sales team to sell, and work with the operations teams to make sure the posters are going up on time, to our standard.

I started my career back in the day as an account manager for Agoda.com. They moved me over to Sydney to be the regional ops manager.

“I really like the campaign we did for Tiger Beer recently, with its stunning lenticular posters, which seem to push the message and grab people’s attention, simply because they’re a bit different.”

Highlights were being able to live up in Bangkok where Agoda has its HQ, as well as starting at a company that was just finding its feet.

Lowlights were the early days of the tech development. There were about five months where if something was going to go wrong with the tech, it was guaranteed to only go wrong and need fixing after 3pm on a Friday

I seem to have uniquely bad luck when it comes to lifts. On three separate occasions I’ve had lifts drop multiple floors, and on two other occasions I’ve been stuck – once for about 20 minutes and another time for close to an hour.

Outside work I have a one-year-old son who takes up a lot of my time and energy. I’m also a bit of a geek. I built my computer and I have a shelf of board games that I’ve yet to play. And since the lockdowns I’ve been trying to develop a green thumb and grow some veggies.

I really like the campaign we did for Tiger Beer recently, with its stunning lenticular posters. That it’s a major point of difference between what Phantom can do versus the digital space. The lenticulars seem to push the message and grab people’s attention, simply because they’re a bit different

I love the people I’m working with because everyone is so motivated to do well. It definitely is a work-hard environment. Phantom keeps you busy, which I also loved about the start-up. However you don’t have the anxiety around whether the start-up will succeed or fail.”