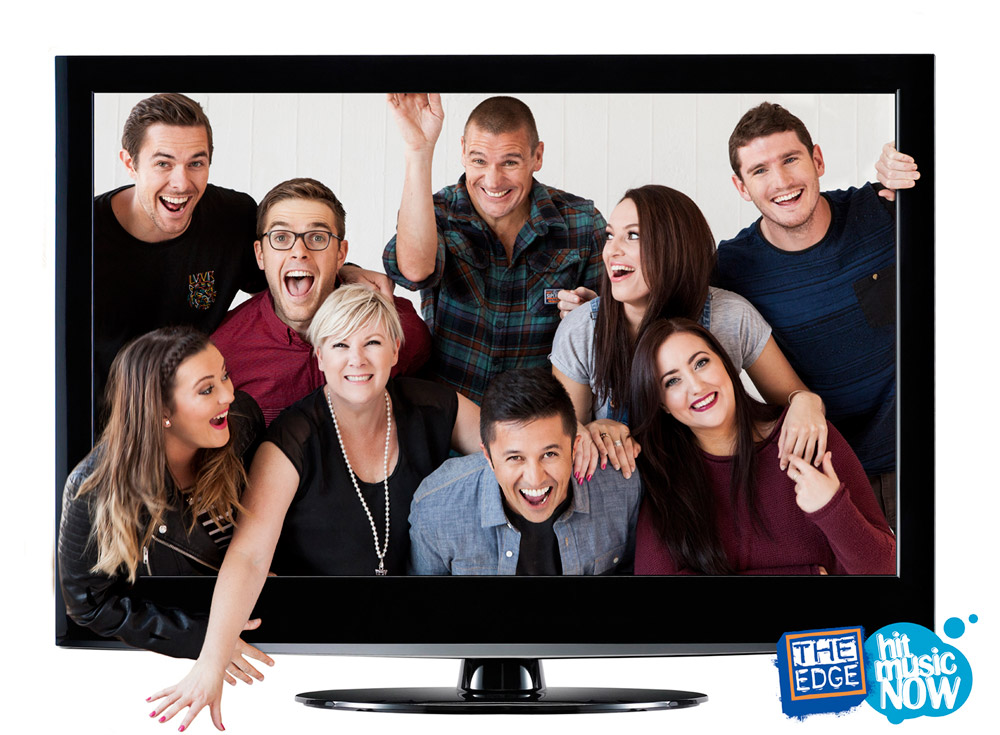 “I’m really proud of what the team has achieved.” He says.  “From the playlist, to the specialist shows, to the channel’s look and feel, this is a fresh, exciting new music television channel that takes The Edge brand to a new level.

“Our state-of-the-art studios are up and running, generating great video content that will start rolling out on the channel tomorrow.  They’ll be just part of The Edge’s trademark blend of the hottest music, and specialist music and pop culture shows, all broadcast free-to-air and available online and on your favourite devices.

“The Edge TV is the first local music channel available to watch live on mobile phones, tablets and online at www.theedge.co.nz.”

“Tomorrow’s launch is a big step forward for New Zealand radio, for both listeners and clients, and we’ll be unveiling plenty more in the months to come. It’s exciting for The Edge to be leading the way in this space.”

Whether you are having a party at home or getting ready to head out. The Edge Mix delivers the best soundtrack for your Saturday night, and is simulcast across radio and TV. Fans can request songs via The Edge App, Website and Facebook page.  Aside from show sponsorship, The Edge Mix is a commercial free show, so the music just keeps on coming!

Hosted by Guy, Sharyn and Clint, this is the TV version of the hit weekly radio show.  The Edge Fat 40 is the country’s biggest music chart show, counting down the Top 40 songs in New Zealand right now.  As well as revealing the Top 40 songs, The Edge Fat 40 has new music releases, music interviews with some of the world’s biggest artists, competitions and up-to-the-minute music news and gossip.

THE MUSIC LAB – Wednesdays at 4pm and repeated through the week.

Hosted by Sharyn Casey (from The Edge Afternoons), The Music Lab is a half hour feature, which showcases the best new and exclusive music videos from New Zealand and around the world, FIRST!  Sharyn will be in The Edge studio, introducing videos, engaging with fans via competitions and giveaways, and sharing details about the hottest new videos, artists and popular culture.

HOT RIGHT NOW – Monday’s at 4pm and repeated through the week.

Hosted by Marty and Steph (The Edge Nightshow), Hot Right Now counts down the Top Five videos on The Edge ‘right now’.