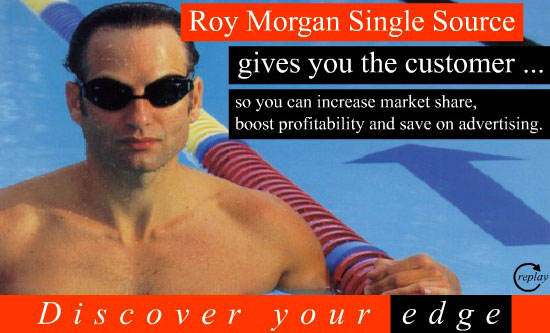 In December, research company Roy Morgan closed the doors to its New Zealand offices on Auckland’s Swanson Street and let three staff members go in the process, according to website Stop Press.

Although this means that the company no longer has a physical presence in New Zealand, deputy chief executive Hugh Amoyal says that Roy Morgan will continue to service Kiwi clients through its pair of general managers located in Australia.

“We’ve had feedback from clients that it would probably be easier for them to deal directly with the general managers here in Australia, so it makes sense,” said Amoyal.

The site quotes the deputy chief executive as commending the efforts of the former employees Pip Elliott (general manager), Michael Matthews (senior account manager) and Andrew Shaw (assistant account manager), saying that “they all did an outstanding job for Roy Morgan in New Zealand”.

Elliot is currently abroad on a ski holiday, Shaw has been appointed a marketing coordinator at New Zealand Wine Cellars and Matthews is still on the hunt for a opportunity, according to his LinkedIn page.

Amoyal told the site that the shift in the business was largely attributable to last year’s launch of Helix Persona, a data segmentation tool that provides a detailed psychographic and behavioural breakdown of the population by giving users an easily accessible cross-section of the nation’s households.

The only employee previously based at Roy Morgan’s New Zealand office to be transferred across is David Owen, who has been shifted across to Sydney to work on the Helix team—however, he moved across several months before the closure of the Auckland office.

“David will be assisting me with looking after all New Zealand clients,” La Rosa told Stop Press.

La Rosa is set to visit New Zealand in March to attend several events at which Roy Morgan will provide additional information on the services that it offers.

“My role will be to service all agencies and clients in New Zealand working closely with the Roy Morgan Helix team,” he says. “As you can understand, there will be a lot of cross over between clients using our Helix Persona segmentation, clients using our single source data and their agency using both for strategy and planning.”

Read the full report at www.stoppress.co.nz.