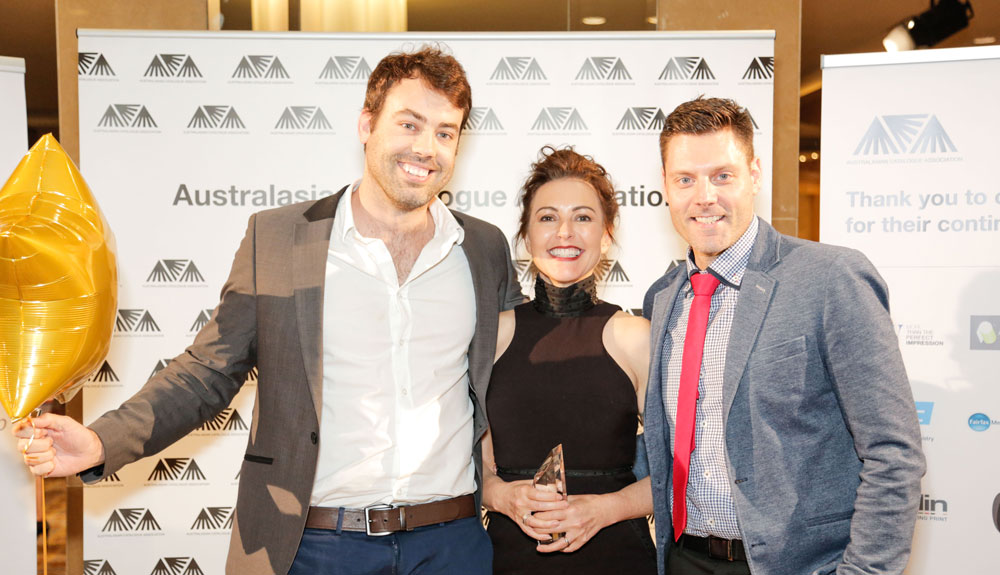 Freedom New Zealand, World of Wearable Art, Nutrimetrics, Kathmandu, Harvey Norman and Countdown made history as being the first brands to be crowned in the recently added New Zealand categories at the annual ACA Awards held recently in Melbourne. For 25 years the awards recognise expertise and excellence in catalogue and letterbox marketing.

“With the ACA having successfully launched in New Zealand earlier this year, we were very excited to then launch six New Zealand categories to the Awards,” commented Kellie Northwood, Chief Executive Officer, ACA. “New Zealand creatives and retailers have built a strong reputation for their innovation and creativity when developing retail communications and it has been demonstrated tonight and through all the submissions received.”

Kathmandu took up the Award for ‘Recreation and Leisure’ over stiff competition from finalists -‐ Macpac, Torpedo 7 and Freedom New Zealand. Nicola Horan, Creative Director, Kathmandu, said on the night “We are honoured to be recognised for our work this year. This catalogue was all about communicating the lifestyle and personality of Kathmandu and I’m so glad that our team’s dedication and efforts were highlighted for doing just that.”

Ruth Cobb, General Manager Print NZ, collected the ‘Fashion’ Award on behalf of World of Wearable Art. “Congratulations to World of Wearable Art, Hothouse and Spectrum Print! Their work on the exhibition catalogue is a fantastic representation of how catalogues bring a brand to life through stunning imagery and stories. Well done to everyone involved,” commented Ruth.