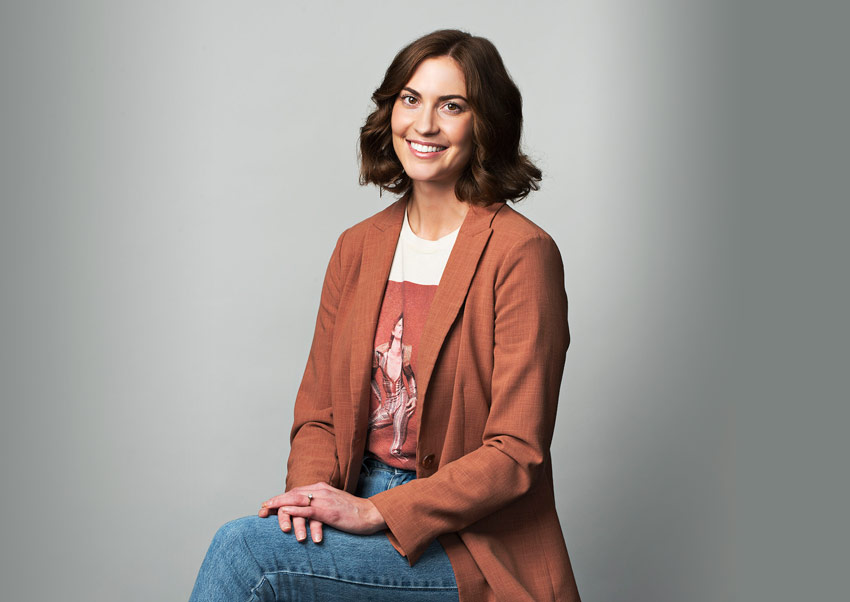 Longtime Slinger and US native, Mikaela Street, has relocated from Auckland to Los Angeles to assume the position of startup PR director, and lead the charge on the agency’s early stage startup portfolio.

Street spent the last six years in New Zealand, where she worked both agency-side and in-house for prominent brands including Microsoft, Mondelez and L’Oreal before joining Sling & Stone three years ago

Sling & Stone founder/ceo Vuki Vujasinovic said: “Mikaela has been responsible for crafting and leading numerous successful campaigns for local and global startups in their infancy and those who have gained household-name status such as Slack, Uber and Twitter – and Kiwi brands Sharesies, Kami and UBCO)

Mikaela Street said: “The past three years at Sling & Stone have been the most fulfilling of my entire career.

“I’ve had the privilege of working directly with bold founders, entrepreneurs and VCs across the startup ecosystem and have truly found my niche.

I couldn’t be more excited to be supported by Sling & Stone in continuing to explore and build upon my passion in this area and showcase our chops as an agency for the brands pioneering the future.

“It’s an incredible time to be joining our team stateside and I look forward to making an impact in the US with ambitious startups from all over the world.”

“Sling & Stone works with disruptor companies and I’m thrilled to have a seasoned startup expert like Mikaela formalising this new portfolio for us here in America.”

Vuki Vujasinovic said: “I launched Sling & Stone 12 years ago because the ambitious founders who were taking risks to fix entire industries didn’t have the PR support they deserved.

“Our industry was not stepping up to serve the most interesting and important clients out there: the challenger brands and disruptive tech businesses that were shaping the future.

“We’ve been working with these types of brands since day one so it brings me incredible joy to have Mikaela formalise and lead our early stage startup offering for the US market.

“Mikaela’s passion, energy, and skill in helping founders tell their story is second to none.”

Sling & Stone’s US-based executive vice-president Erin Grant said: “We’ve been on a fast growth trajectory over the last two years at Sling & Stone US, with our team and business reaching record new heights over our five-year history stateside.

“As we geared up for our next phase of growth, one area that stood out was carving out a structure specifically for companies in seed and Series A stages to access the necessary strategic guidance many seek yet struggle to find with agencies.

“Sling & Stone was built on working with disruptor companies of all sizes and I couldn’t be more thrilled to have a seasoned startup expert like Mikaela formalising this new portfolio for us here in America.”

About Sling & Stone
Ponsonby-based PR agency with outlets in the US, NZ, Singapore, and Australia.