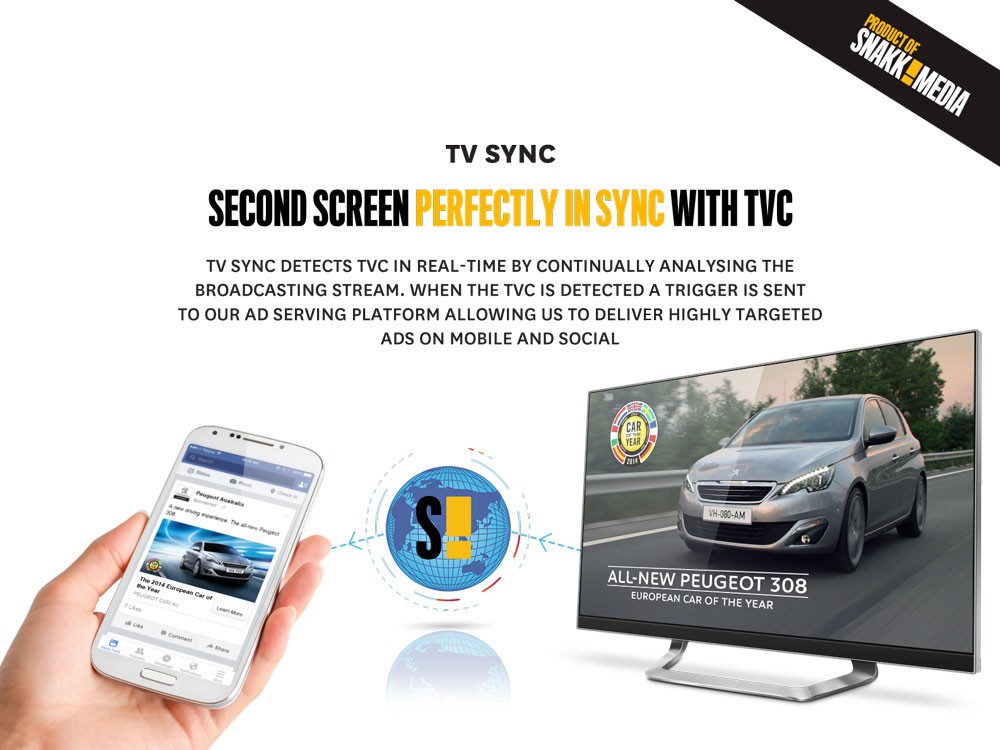 In response to the growing consumer trend of using more than one screen while watching television, Snakk Media (NZAX: SNK) has launched TV Sync, a new product believed to be a local market-first which allows brands to synchronise ads across television, mobile and tablet screens – and is now up and running with its first major advertiser to use the technology.

TV Sync detects a brand advertiser’s TV commercial as it is broadcast in real-time, and then delivers highly targeted mobile ad campaigns into mobile social newsfeeds at the same time.

Snakk Group ceo Mark Ryan says the the rise of multi-screening presents new opportunities for brand advertisers: “TV Sync is a genuinely exciting offering for the local mobile advertising market. It gives brands a new and effective way of interacting with their consumers on their TV and across mobiles and tablets,” he says.

“There’s been talk about syncing mobile ads with TV commercials in the industry for some time, and as far as we are aware, the Vizeum-Peugeot campaign is the first in-market example of multi-screening synchronisation technology in use in Australia.”

For the Peugeot campaign, Snakk’s proprietary TV Sync offering detects the car manufacturer’s TV commercial as it is aired, then triggers a corresponding Peugeot ad post in the Facebook News Feed for targeted mobile audiences.

Using TV Sync, Peugeot is tailoring their messaging to suit each screen and sending these messages within close proximity to amplify the effect of their campaign across multiple touch points. Peugeot’s TV Sync content includes five ‘behind the scenes’ videos of the Peugeot 308 as well as prompts to contact a dealer and book a test drive.

Dimitri Andreatidis, Peugeot’s Australian marketing manager said: “The launch of the all-new 308 is a pivotal moment this year for Peugeot, and it has never been more important to maximise each of our paid, earned and owned channels – not only as separate assets but also as inter-related platforms.

“We’re very excited that this campaign is moving us a step further in capitalising on the cross-consumption opportunity which mobile and TV present.”

Nick Behr, managing director of Vizeum Sydney said: “TV Sync will maximise the impact of Peugeot’s TV commercials by providing a rich, interactive brand extension on smartphones and tablets. With more than 80% of smartphone and tablet owners turning to their devices while watching TV, this is a pioneering step for the industry, placing Peugeot at the forefront of the multi-screen evolution. This execution provides an interactive platform to explore the look, feel and specifications of the model via mobile and tablet.”

The campaign is scheduled to run throughout November and December. Snakk is working closely with other agencies on opportunities to help their brand advertisers achieve higher engagement levels with TV Sync.