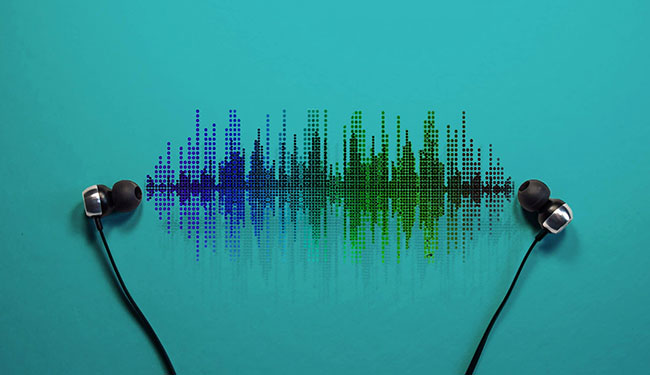 “Press releases fall as regularly as English rain in this business,” Tungate says. “Many of them slide blurrily past your eyeballs, but some of them set your story senses tingling. Such was the case of a missive about DLMDD, a new sonic branding agency in London.

“The pitch was this: three members of an existing ‘music and sound collective’ called Adelphoi Music (Max De Lucia, Greg Moore and Sascha Darroch-Davies) had left to join forces with the former chief of branding agency Frukt (Jeremy Paterson) to start their own ‘international sonic branding’ outfit.

“Since sonic branding is an emerging and somewhat intriguing field, it felt like a good idea to ask them more. Max replied for the team …

Congratulations on your new endeavour. What inspired you to strike out on your own and start the agency?
We are all now living and experiencing a “sound-first” world. Consequently, many of the world’s most iconic brands are releasing sonic identities for the first time and this is fuelling something of a “sonic boom”. We are the world’s first specialist sonic branding agency to launch since this boom and it is the momentum, energy and ambition in the marketplace that inspired us to open our doors.

It’s also a great to be in business with three partners (Greg Moore, Sascha Darroch-Davies and Jeremy Paterson) who have huge ambitions for where we can take the agency and unique visions for the continually evolving role that sound can play to life on planet Earth.

For those who aren’t familiar with the concept of sonic branding, can you give us a couple of famous examples? The Intel Inside chime springs to mind, for example.
This is classic dinner party chat whenever anyone asks what we do for a living! Some of the most well-known examples that will resonate with punters are the Intel Bong by Walter Werzowa, McDonald’s I’m Lovin’ It and British Airways’ use of the Lakmé Flower Duet.

It seems a very specialised area. What’s your point of difference compared to the sonic branding agencies already out there?
To your previous question, sonic branding has traditionally been seen and regarded as a brand’s consistent use of a mnemonic/audio signature and a thematic piece of brand music. As such, the sonic branding companies out there in the world to date have been set up to work with clients in this way.

But the world of sound is moving at serious pace, with consumer technologies and touchpoints being inherently “sound-ready”. Our USP is attracting clients who see sound as a fundamental part of their brand architecture and whose ambition is for their sonic brand to be an intrinsic part of their DNA and entire brand experience.

Furthermore, we are fascinated by the behavioural effects of our tools; leading projects focussing on first-of-their-kind psychological uses of sound that look at how music and sound can lead us to drive differently, run faster, concentrate for longer and even send us to sleep!

We’re here to push the boundaries of sonic branding far beyond the conventions of an audio signature: we’re on a mission to challenge the possibilities of what music and sound can achieve for people and audiences across the world. 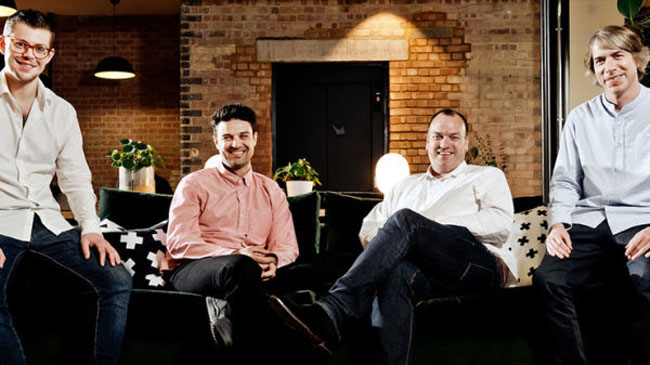 What’s the difference between creating a soundtrack for a commercial and a sonic identity? Can one evolve into the other?
A soundtrack to a commercial serves a campaign or a set of campaigns. There are countless examples of the consistent use of music over time that one could argue becomes something of a sonic brand: TSB’s use of Henry’s Theme by Anne Dudley and Marks & Spencer’s most recent use of Shape of You by Ed Sheeran spring to mind in this context.

However, a sonic identity goes much deeper than music’s consistent use across advertising; it is woven throughout everything a brand does and unifies the complete end-to-end customer journey and product experience.

How do you convince clients to make decisions about audio early in the process rather than considering it an add-on?
The rise and prominence of audio across our industries has catapulted sound to the top of the agendas of CMOs across the country and around the world. Traditionally ad agencies have treated music as something of an afterthought in the production process, but with clients putting sound first, attitudes to its power, prominence and potential are seemingly more front of mind than ever before. In short, there’s not much convincing to be done!

How can brands avoid getting lost in an audio world that’s dominated by a limited number of distinctive AI voices, such as Siri and Alexa?
These voice limitations are soon to be a thing of the past and it’s the brands who are ahead of the curve and already creatively challenging the possibilities across these platforms that will make a real mark in this space.

Finally, tell us a little about The Ministry, where you’re based. It has a link with the famous Ministry of Sound nightclub, no?
It’s a stunning building – we keep telling everyone to visit! The freehold is owned by Ministry of Sound and thus there is music and sound in its DNA and our everyday. We’re lucky to have state-of-the-art audio suites, great creative collaboration spaces, a cinema for client presentations, yoga for our partner Sascha and a sensational restaurant.

It’s our very own five-star hotel where you absolutely are not invited to stay the night.