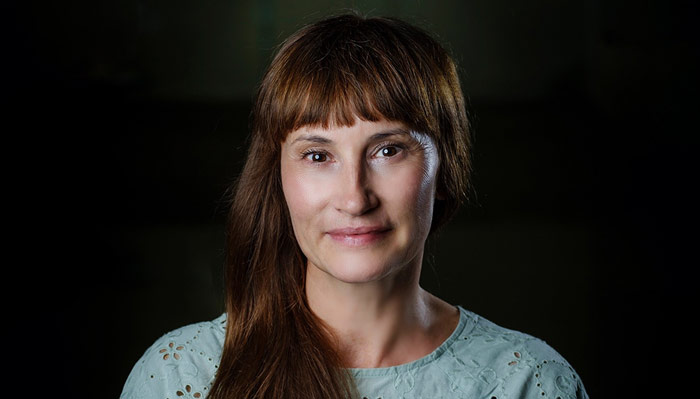 AUCKLAND, Today: “Be present – and have a presence,” is just one piece of advice dentsu NZ chief commercial officer Rachel Anderson-Cormack offers to women entering the corporate world.

In the spirit of International Women’s Day 2021 (celebrated globally on Monday), she agreed to a brief Q+A with M+AD.

Anderson-Cormack has worked in both agency and publisher sides of the industry, based in three countries, over 25 years. After spending the early years of her career working in agencies, she took the jump over to TVNZ (and then MediaWorks) to lead their insight and strategy teams.

After a short stint in Malaysia setting up the analytics division of a sVOD startup, Anderson-Cormack returned to take up the head of media position at Ogilvy NZ before she joined dentsu in her current role in 2019.

Which women have supported and inspired you on your own career journey?
I’ve had a number of great mentors over my career – both female and male.

There are two female leaders who stand out, who both played a pivotal role in my growth. Lou Bond, previously from phd, and Trish Bull, who I worked with at Univeral McCann in Sydney.

Lou was my boss quite early on in my career, we used to call her Hurricane Bondy because she is such a force of nature.

She’s a very smart and wonderful person. There were many things I learnt from her, but what stands out the most was how she taught me to stretch myself to be my best.

She also encouraged me to be curious and never be afraid to ask questions.

Trish was also one of my bosses and from her I learnt that good leaders instil confidence in their team; they believe in them and create an environment in which they can flourish.

I believe that having supportive people around you in your career is important. I highly recommend that women find someone they respect (and like) and ask them to be their mentor.

What is one thing you wish you knew earlier or wish you had done differently in the early stages of your career?
Better work/life balance – which is a cliché, right. I took maternity leave twice during my career, and both times I went back parttime – and stayed that way until my eldest son started school.

Throughout this period, I continued to progress my career and was promoted to a GM role. But in hindsight, I took on a client portfolio and workload that was the equivalent (or in some instances greater) than my fulltime colleagues.

For some reason I thought I had to ‘make up’ for the time that I was taking out of the office to be with my kids. I worked crazy hours – late into the evenings and early mornings, to make up for it.

I understand now that it wasn’t right. As today’s leaders, we need to foster an environment that provides growth that isn’t at the expense of our team’s work-life balance. And we need to pay them fairly for their time!

How do you think women in leadership can break through the ‘boys-club’ mentality that often happens at the top?
This might be counter to the theme, but I think we need to stop thinking that there is a boy’s club and start operating with a more progressive mentality that doesn’t include an old-school, male-dominated culture.

While there is still an over-representation of men in leadership in our industry, from my experience, I believe that most agencies are working hard to change this.

We need to shift the conversation to how we nurture more females into leadership to create a better balance. We need to focus on more equal parental leave, and more flexible working arrangements for returning-to-work parents. Let’s measure value delivered, not time worked.

What advice would you give young women entering corporate life today?
Be present – and have a presence. We work in a dynamic industry where there can be quite a few big personalities and loud voices. At times it can be difficult to be heard.

One thing I’ve learned, which is a helpful tip, is before nearly all my meetings, I take time to gather my thoughts. I often write them down – even just a few bullet points – and I feel better prepared and more engaged in the conversation.

Push yourself out of your comfort zone. If you’re nervous, then great – it means you’re growing. I still get nervous from time to time after 25 years in the business!

Be you. Don’t change just because you might happen to be the only female [leader] at the table. Know your individual worth and what you’re bringing to the table and be proud of it.

What does diversity equity and inclusion mean to you and why are they important?
It means equal opportunity for anyone and everyone. It means putting support in place so that this becomes a reality and acknowledging that some have an easier path.

Diversity and inclusivity matter both ethically and economically. It should no longer be an ideology but a requirement for modern businesses.

We represent New Zealand, so we need to be New Zealand. We know we are more successful when we allow different ways of thinking and working to flourish. We do better work when all perspectives are considered and valued. But most importantly it’s what good people do.

How do you advocate for diversity, equity and inclusion for women with colleagues in the workplace?
I’m proud to champion the diversity and inclusivity values of our business; dentsu believes in inclusivity for everyone – gender, culture, age, religion, nationality and those that live with disabilities.

We’ve set a specific goal that we will reflect society in all its diversity by 2025, and we report on our progress so that we are accountable.