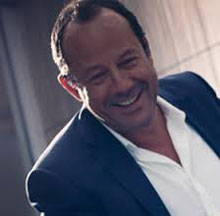 Southern Cross Health Society has appointed Mt Eden-based Zoo Auckland to its master services advertising agency roster. Zoo’s role will be to work with Southern Cross on special projects in the digital space.

Addis recently returned from 15 years in Australia, where he founded The Boiler Room in Melbourne which in turn was sold to Zoo Advertising in 2013 and in October 2014 opened an Auckland office.

“It is work undertaken by my former Melbourne team who produced material results in the highly competitive Australian private healthcare market that contributed to our appointment by Southern Cross,” Addis says.

“Together Zoo Auckland and Melbourne are an experienced trans-Tasman team solution that are genuinely fit for purpose. Zoo’s appointment will enable the society to accelerate the digital services provided for their members during a time of rapid change.”

Zoo, Addis says, is New Zealand’s largest independent trans-Tasman agency network, with offices in Sydney, Canberra, Melbourne and Auckland. “Zoo offers a game change for those New Zealand companies looking to amplify and accelerate their export business to Australia,” he says. “Australia has a vastly different retail product and services culture to New Zealand even though the two countries speak the same language.”