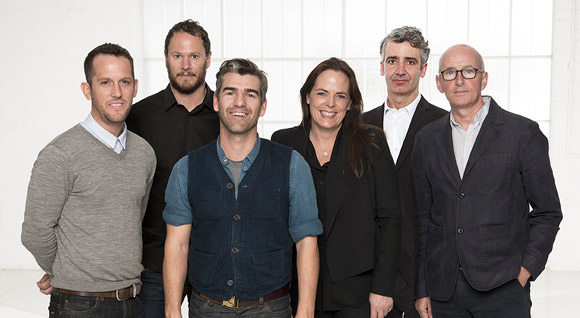 Special Group Australia will be led by founding partner and CEO Lindsey Evans and managing partner Cade Heyde. An announcement of a founding creative partner is imminent.

Lindsey Evans’ agency and client experience spans London, New York and Sydney. She previously ran Happy Soldiers and Campaign Palace and has recently returned from a stint as president of TBWA London.

Cade Heyde has returned to Australia after six years at VCCP in London where he was a partner, running the UK’s biggest account, telco O2.

Special’s Potts Point office will open its doors with a mix of Australian and international clients, including luxury jewellery brand Paspaley, Ecostore, MARCS and All Good Organics. Special will also be joining Red Bull Australia’s agency roster and is working with Adoption Awareness, a not-for-profit organisation co-founded by Deborra-lee Furness.

“All too often traditional advertising approaches constrain how people think about brands and branding. I have long admired how Special challenges these approaches and creates breakthrough work and results,” Evans said.

“Australia is such a dynamic and exciting marketplace. The response we have had from marketing directors and CEOs so far to Special Group’s unique model and approach has been hugely encouraging.

Founding partner Tony Bradbourne said: “It’s very exciting to be working with brands like Red Bull, Paspaley and MARCS as we open our doors.

“Many of our New Zealand clients are seriously export oriented, so it’s fantastic that we can now support them on the ground in Australia with a world-class agency team.”

The Sydney address is …

Special was founded in 2007 by four partners: Tony Bradbourne, Rob Jack, Heath Lowe and Michael Redwood, bringing together many years of experience in diverse global markets – Amsterdam, London, New Zealand and the US.

Within 18 months they had won a Grand Prix at Cannes, and now have a roster of more than 30 clients, including 2degrees mobile, Smirnoff, Red Bull, AA Insurance, TSB Bank, New Zealand Trade & Enterprise, Unitec, ecostore, Zoetis, and The Royal New Zealand Ballet.

The agency has won the top packaging award in New Zealand for the past three years, created critically acclaimed television content, won Best in Show awards at both advertising and media shows and numerous Agency of the Year titles.

In 2011 Special won the prestigious ‘Quinlivan Black’ Best in Show at Australia’s Caxton Newspaper Awards – with a digital idea.