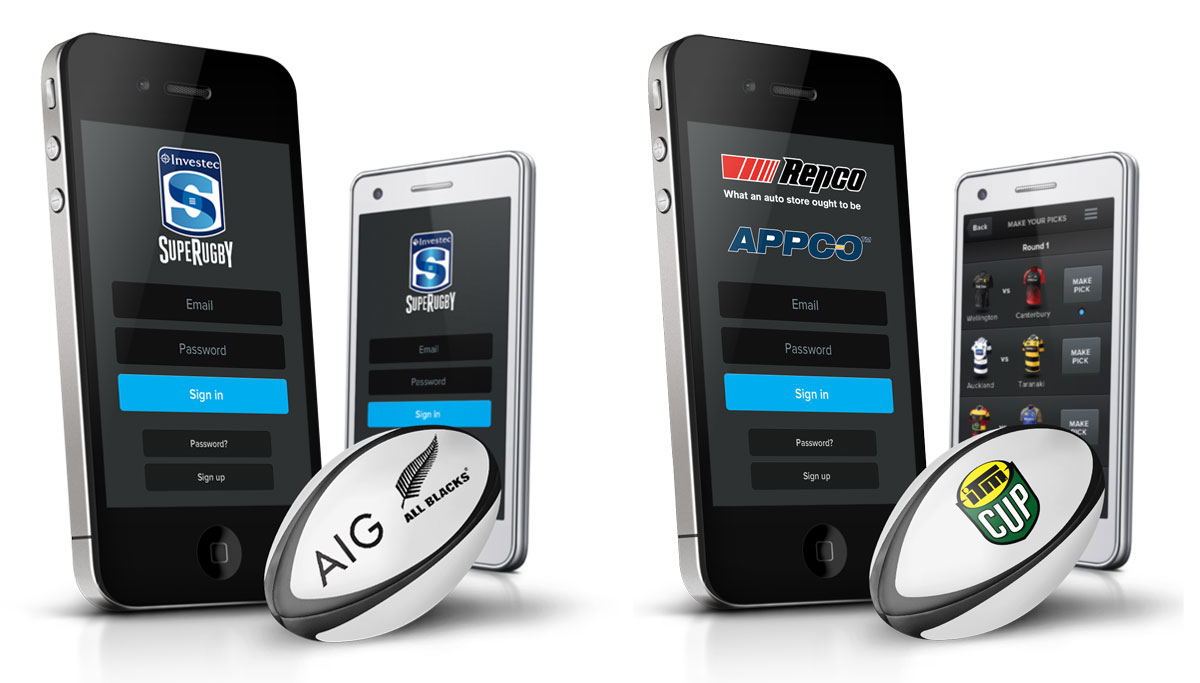 bka Interactive’s new Go Team sports-picking app is becoming a hot commodity for businesses looking to engage with customers/staff and potential customers. “Customer engagement is the foundation of good marketing,” says bka client Repco’s NZ marketing manager Emma Cleal. “But with the plethora of sales promotions bombarding trade and retail customers, how can marketers cut through the clutter?

“How can they inspire commitment from customers who are simply inundated with deals and opportunities to win?

The answer, she says, is Go Team. “It’s enabled us to bundle trade customers and staff together and get them interacting in a different and fun way so clients are engaged in conversation rather than just being sold to.

“We also like the fact that players could compete on both a local and national level.”

Go Team is a business-to-business sports-picking app wrapped up in an engagement programme that enables brands to connect with customers, clients, VIPs and staff. It has been developed by Auckland-based agency bka Interactive and is the official sports tipping game of New Zealand Rugby.

With 91 branches throughout NZ, Repco has a lot of promotions on the go at any one time. But Cleal says feedback from both staff and customers about Go Team has been glowing. “To give you an example, one of our sales reps said it was simply the best thing we’d ever done in the promo area,” Cleal said.

Repco signed on to Go Team only days before this year’s ITM Cup rugby tournament kicked off in August. By the time the finals were being played in mid-October, Cleal had plenty of feedback that customers were highly engaged and enjoying the competition.

Repco customer Craig Wright from Cartune Ponsonby says the tipping competition was not only enjoyable but also a great way to further build a relationship with the team from Repco.

“Checking the leaderboard on Mondays was great fun and full of anticipation. I certainly hope they run it again next year.”

Go Team works a bit like a rugby sweepstake but it has applications across a wide range of sports – cricket, netball, rugby league, football and tennis are also involved, as is the TAB.

Brands pick a competition, invite a range of audiences to participate – clients, friends, staff, endorsers and the like – add prizes and kick off. Players compete to predict results, make their way up the leader board and collect prizes along the way, simultaneously being exposed to brand messages.

Cleal says Repco embraced the format, quickly pulling together a competition and launching it via email to its customer database and to the 800-plus strong staff. Reps on the road were also able to invite the staff of trade customers to get involved. The app was an “awesome feature” that enabled competitors to update their picks on the go, anytime.

“We’re in a blokes’ business and blokes like cars and sport, and we quickly built a database of more than 800 competitors,” Cleal said.

bka Interactive GM Steve Allison says apps such as Go Team are the future of staff and customer engagement.

“The tradition of the rugby sweep goes back generations and supports the premise that sports picking is the most fun way to engage with the people. Go Team is where the sweep and digital meet.”

Allison says Repco is one of the most widely recognised automotive brands in Australia and New Zealand.

“It also helped that Repco was generous with the rewards aspects of the programme offering a range of weekly spot prizes as well as some impressive major prizes such as iPads and Weber barbecues.

Cleal says feedback about the promotion has been “superb” and has been a great way to build relationships and loyalty with customers.

“We’re definitely interested in looking at Go Team again. It’s a big year for rugby in 2015 and our customers and staff certainly love their footy,” Cleal says.

The app is available on iPhone, Android, iPad and Windows and Mac platforms so players can participate anywhere at any time.

Auckland-based bka Interactive (www.bka.co.nz) is a creative technology company providing a range of strategic, management and development services including website design and development, web and mobile applications, SEO, content management and social media consultancy. bka Interactive is the only NZ company that is a Certified Gold Umbraco Partner. Our philosophy is ‘if it’s not beautiful it’s not finished’ in terms of design, usability and technical excellence. Our sibling business BKABOOM has developed a digital customer brand tool called Go Team, the official sports picking application for New Zealand Rugby. Go Team is a business-to-business app wrapped up in an engagement programme that enables brands to connect with customers, clients, VIPs and staff.