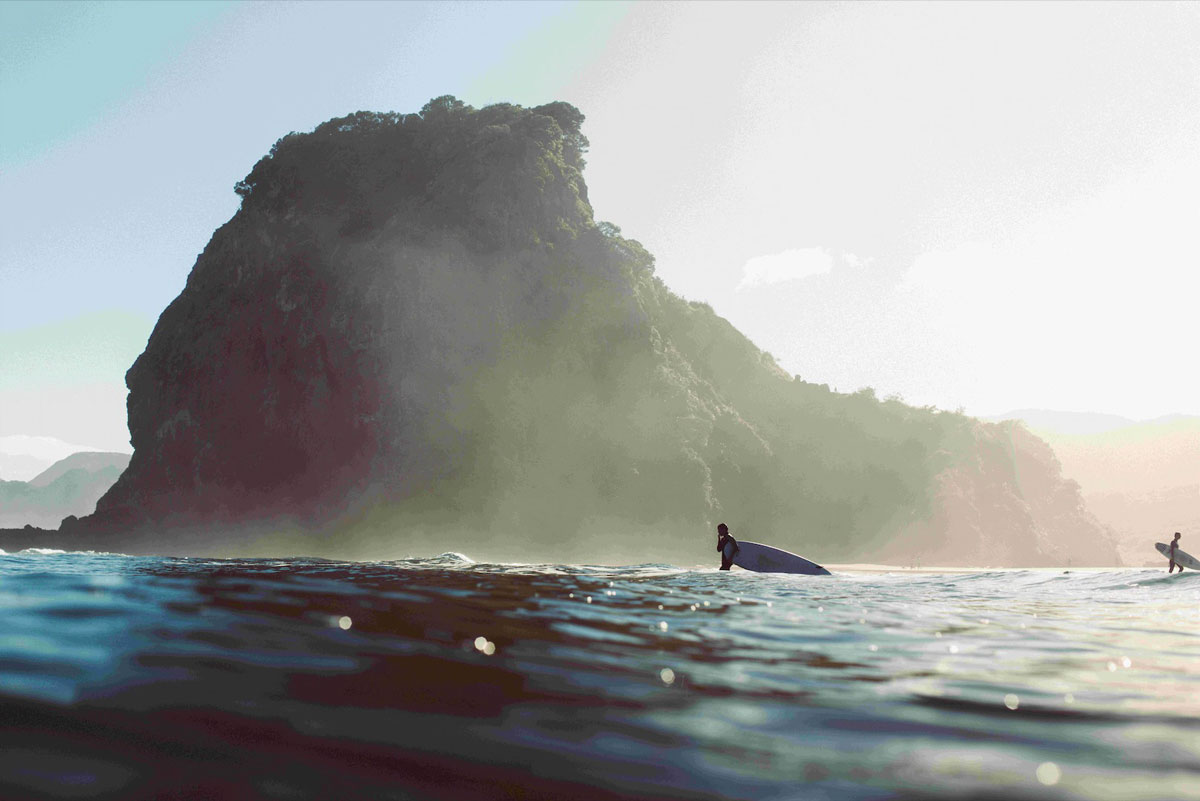 Over this summer (yes there was a summer, and yes it’s probably over) Corona and its brand activation agency Spur brought to life the Corona brand proposition From Where You’d Rather Be in an experiential event at Piha – and in the process raised $25,000 (in profits) for the Piha Surf Life Saving Club.

When Corona and Spur heard that the club was on a drive to raise money for a redevelopment it spurred an idea – a pop-up deck bar for summer with all profits going to the club. On top of this Corona’s relationship with some of the best surf and lifestyle photographers in Australasia helped Spur to secure 10 outstanding images, donated by well known shooters for an online auction.

The Corona Deck was open three evenings per week, for six weeks, from 4:30pm until sunset.

“Corona is a brand that’s been built on fantastic partnerships, and meaningful connections with the subcultures of surf, snow, travel and music,” said Corona NZ’s Stephanie Card. “As a campaign it’s something we were genuinely proud of. We were able to deliver an authentic brand experience, while also making a tangible difference to a vital organisation within one of NZ’s oldest and best known surf communities.

“Corona Extra has always been closely aligned to the surf community, so when we heard that the PSLSC was on a drive to raise funds for an important redevelopment, we approached the club with the idea to bring the two surfing icons of Piha and Corona Extra together to create something very special.”

After setting up a temporary deck and pop-up bar, all profits from the food and drinks served were donated back to the club, as well as proceeds from a very special auction. Over $25,000 was raised towards a redevelopment of their facilities.

The Corona Extra-curated NZ Perspectives exhibition showed the work of 10 globally recognised surf, travel and lifestyle photographers, and these pieces were later individually auctioned off to keen bidders via Trade Me. The total amount raised through the exhibition was $5320.

“This summer really has been epic – from the building of the Corona deck, pop-up bar and NZ Perspectives exhibition to seeing the people turn up to the club, wanting to be part of this journey,” said Piha SLSC’s Peter Brown.

“Not only has this project provided the Piha community with a taste of what’s to come for our club, it’s also provided the wider area with some enjoyment too. The money raised will be used to provide us with the boost we need to carry out essential work at the club, so we can continue to save lives.”

“Some time in the future, once we have raised all the required money, people will see the new extension to our club. There will be a new emergency boat shed at the front and a new upstairs life guard operational room to better manage our beach and co-ordinate rescues. There will also be an extension to the front of the club to allow more room for members and guests.”

“We would like to thank everyone involved with this amazing project – the people at Corona, the photographers who donated their work, the ad agency, and the people who took the time to visit the Corona Deck and bid on the photography.

“The auction winners can feel great about owning an amazing piece of New Zealand coastal photography, while knowing they’ve raised money for a very worthwhile cause.”

The striking video was directed by Ben Alpers at Kommunicate. The visuals owe much to the beautiful Dylanesque song – Childhood Home, composed by David Gerard Lawrence (UK) and published by Bruton Music.