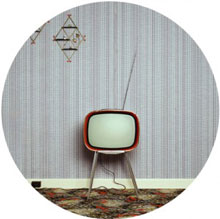 Italy-based Danish director Tore Frandsen has signed on to The Sweet Shop’s global talent roster. As a young man, he joined JWT as a runner-turned-creative, winning a Cannes Film Lion before the age of 20.

He’s graduate of both The Danish Advertisement School and the Copenhagen Film & Photo School, and has run his own production company Fandango Film. Before joining The Sweet Shop, he worked as a freelancer.

The Sweet Shop exec producer Fiona King said: “I’m really looking forward to working with Tore. He has a unique advantage in his craft, which enables the viewer to inhabit the world he creates. His wonderful contemporary stories and ideas are built to be remembered.”

The Sweet Shop ceo/founding partner Paul Prince said: “Personally, I can only ever be the audience; Tore’s work resonates with this idea. The audience of one. His craft celebrates an intimacy of humanity, with all its charms and his great ability to express it.  It’s something very special to The Sweet Shop and I’m honoured he has chosen our team.”

And the man himself said: : “I never saw myself as a director. When I started making film with my friends as a child I would always be the one who was the most into the story, the shooting, the casting, locations, costume, editing, sound. I was annoyingly into every little detail really. And that just turned out to be the role of the director.”