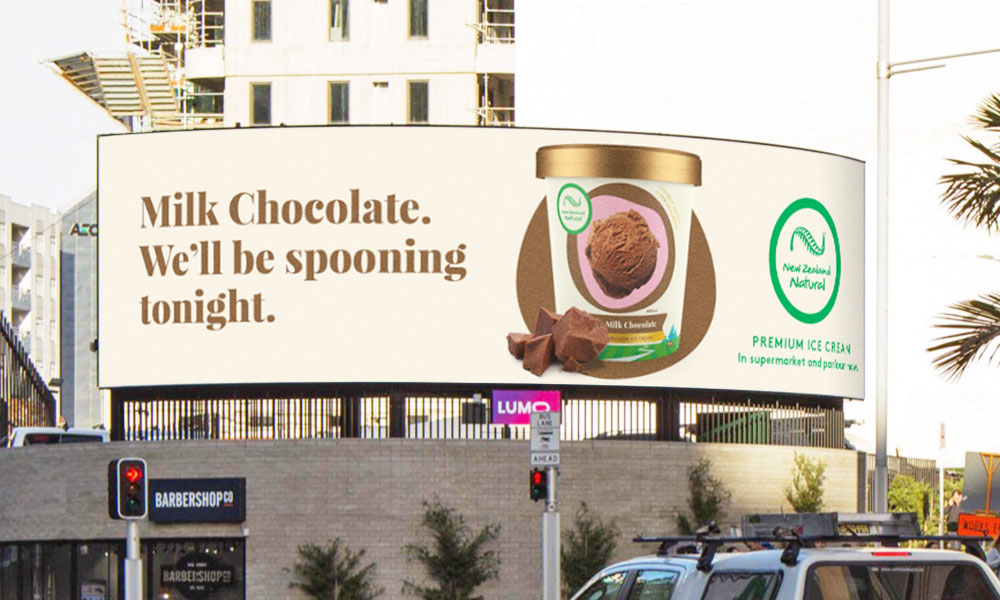 The ads are running in major metro sites nationwide, plus Adshels, digital, POS and social.

“So,” says CD Jeremy Johnston, “if you’re down to spoon later, head to a supermarket near you to try some of the finest New Zealand ice cream around – Buttermilk & Raspberry, Milk Chocolate, Mocha & Cacao, Caramel & Toasted Coconut, Lychee & Passionfruit.” 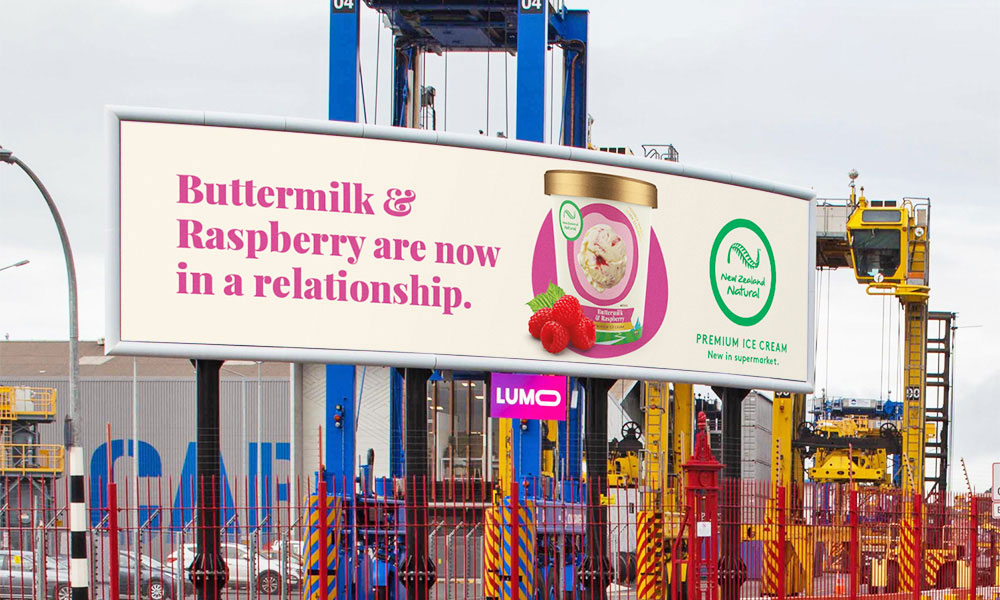 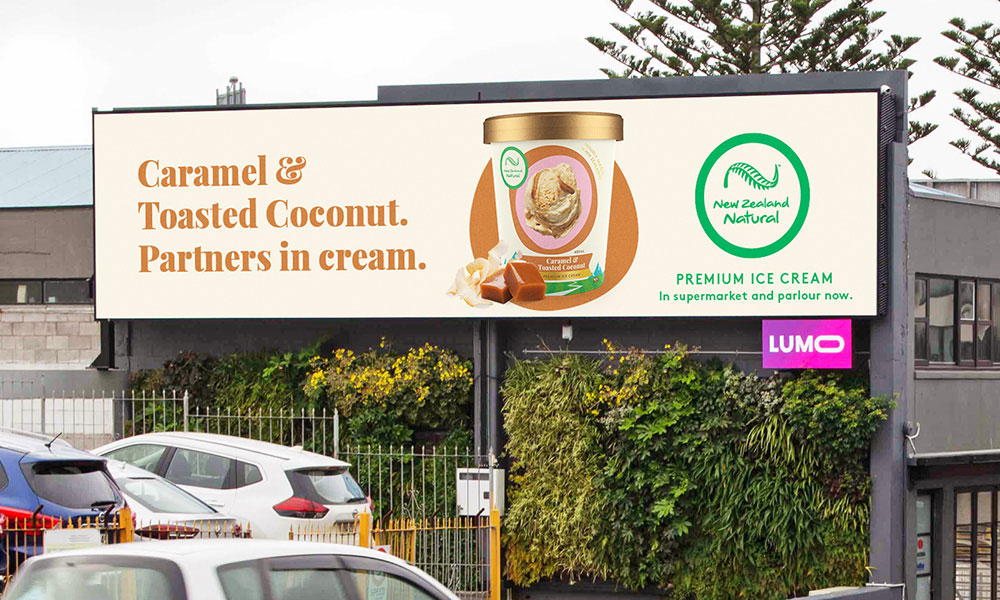