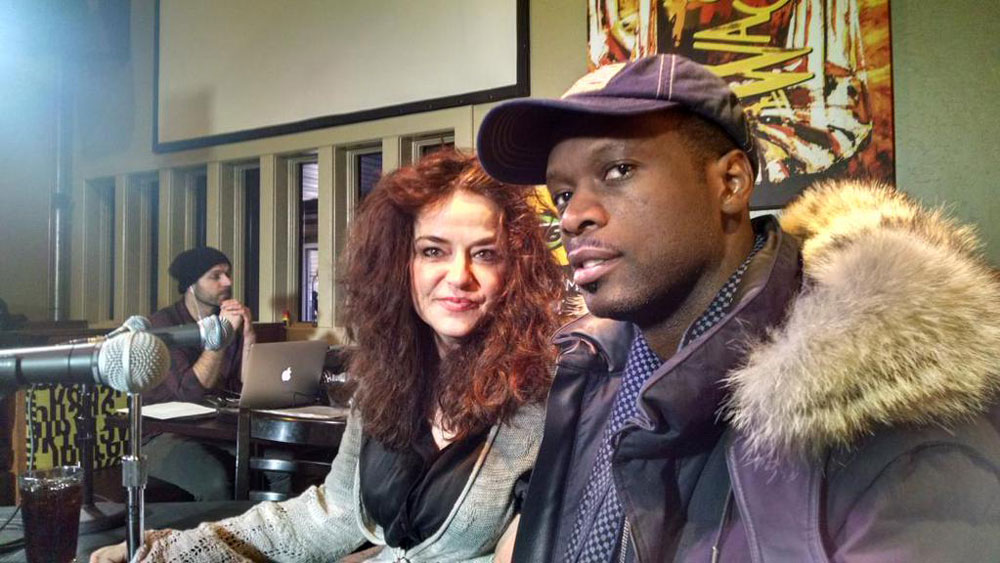 The campaign key? Speaking in Auckland last night at the Documentary Edge screening of Sweet Micky for President, the film he made about that election with LA producer Karyn Rachtman, Pras recalled how he shifted the campaign focus offshore from Haiti back to the USA, where he enlisted powerful allies like Barak Obama, Sean Penn, Ben Stiller and Bill Clinton.

“Martelly was already a household name in Haiti,” Pras said. “People love to see their country making an impression overseas – and we capitalised on that to target Americans and the Haitian community in America. It was a marketing breakthrough.”

Pras is a soft-spoken, eloquent man with a dry sense of humour – but there was no mistaking his passion and commitment to the cause of his people. He and his film received prolonged applause at the Q Theatre last night.

Here’s the blurb from the Documentary Edge website: “Music and politics collide when international music star, Pras Michel of the Fugees, returns to his homeland of Haiti following the devastating earthquake of 2010, to find a country paralysed by a corrupt government.

“With no experience or money, he mobilises a presidential campaign for Haiti’s most controversial cross-dressing musician: Michel Martelly, aka Sweet Micky. The politically inexperienced pair set out against a corrupt government, civil unrest, and the fear of a fixed election. When Pras’ former bandmate, superstar Wyclef Jean, also enters the presidential race, their chances seem further doomed.

“But with the help of a few friends, including Ben Stiller and former US President Bill Clinton, Pras and Micky refuse to give up on their honest dream of changing the course of Haiti’s future forever.”

Her father, businessman Peter Rachtman worked in NZ from 1996 to 2008, and his daughter spent two years at high school on the North Shore.

The movie’s NZ festival season is over, but Karyn Rachtman says it will receive a cinema release in NZ in the near future.

Broadcaster Wallace Chapman will host a conversation this weekend in the Q Theatre Vault with Pras Michel to discuss his involvement in Michel Martelly’s presidential campaign. It’s on Saturday (23 May) from 4.30-5.30pm. Admission is free.