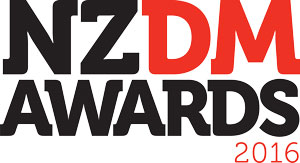 justONE, with 15 unique campaigns, leads the list of finalists unveiled this morning for the NZDM Awards. Second is Colenso BBDO/Proximity (with nine), FCB and Chemistry Interaction (both with seven), and Young + Shand with five.

AMP, Countdown, Gareth Morgan Investments, and Mercer NZ will compete for the Keith Norris Direct Marketing Organisation of the Year Award, and Emily Colmore Williams and Michael Summers-Gervai are finalists for Direct Marketer of the Year.

The NZDM Awards consist of Industry sector categories that enable campaigns to be assessed against their competitors – Channel Awards that represent the multi-channel environment direct marketers operate in, Craft Awards that celebrate the art of the individual elements within response marketing, and the Nexus Awards recognising excellence in creating the foundations on which measurable campaigns are based.

“Congratulations to all this year’s finalists,” said Marketing Association ceo Gill Stewart. “It is a great achievement to be awarded this accolade.”

All categories winners (excluding the Special Awards) will be honoured with Gold, Silver or Bronze recognition. The Gold Award recipients in the Industry and Channel categories will be judged by a panel of experts who will decide “which campaign has risen to the top as the most exceptional example of individual brilliance in direct marketing and ultimately become the Grand Prix Award winner”.

The winners will be announced on Thursday 23 February at The Langham Auckland.