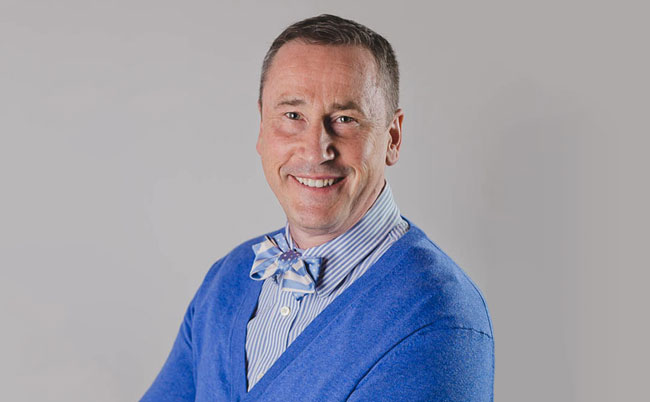 By Sam Williams, director of marketing, Certus Solutions*, speaker at coming attraction Accelerate 2017 in Wellington & Auckland: We are in a time of dizzying change and whatever you hear or read about the future, nobody, apart from it seems The Simpsons can reliably predict it, as they foresaw in 2000 that Donald Trump was the US President.

It’s estimated that nearly half of all jobs could be at risk over the next two decades, because of Artificial Intelligence, automation, cloud and IoT, so should you be retraining and reskilling and what should your kids be studying to ensure they can get paid work?

There’s no doubt that the decisions you make today in your businesses and families will shape the way the future pans out. The beautiful thing is that we all have the power to create the future that we want.

When I talk about the “4th Industrial Revolution”, I mean the digital revolution and we still have a very long way to go in terms of the disruption that we are seeing today. This is just the start, and although many people are scared about their future, fear is not a very motivating emotion. We should embrace the changes this digital revolution is bringing about, rather than being swept away by them.

The US perspective
I’ve heard many stories about the 85% of manufacturing jobs that were lost to technology from 2000-2010 in the US, but there were more job losses in manufacturing and agriculture during the 1960s than in current times due to automation.

Back to the Trump administration for a minute though, where job creation has been made a central focus and they seem to be in denial about the future of jobs. Treasury Secretary Steve Mnuchin said that the threat of robot automation taking away jobs was “not even on our radar screen”, and that the two-decade timetable grossly exaggerates what is likely “50 to 100 more years away”.

Whereas Obama’s White House, McKinsey and PwC have all released reports to the contrary forecasting a big impact on many jobs, in particular for those in transportation, storage, manufacturing and retail. If the US doesn’t take steps to help workers as they get displaced from roles that are scooped up by robots or AI, then 38% of jobs could potentially be at high risk of automation by the early 2030s.

Despite the Trump administration’s opinion, there’s no doubt that humankind has entered uncharted territory in terms of the pace of technological change. Where do we go next though? The answer is that we need to be more adaptive and acquire the skills needed for this new world. You can’t solve 21st-century challenges with 20th-century knowledge using 19th-century institutions!

Lessons from the past
Have we learned nothing from the first Industrial Revolution about the transition to machine based fabric manufacturing processes from 19th century Britain, where everyone thought that machines would take everyone’s jobs?

The reality was that the new factories created immense wealth and new jobs in clothing design, retail, machine maintenance, accounting and administration. It really put Manchester in the north of England on the map in terms of cotton production particularly.

In the 1970s, bank staff were up in arms over the introduction of ATMs believing it would put them out of work, but instead of spending all day dishing out bank notes, they were freed up to sell bank products such as investments, loans and mortgages to their customers. In fact, it resulted in an increase in a huge increase in profits for the banks.

Why are we still not ready?
In terms of our readiness for Industry 4.0, how do Australia and New Zealand stack up compared to our APAC neighbours? According to Euromonitor, in APAC Singapore is “most ready to adopt new production methods”, followed by Malaysia. Taiwan and South Korea, which are ranked highest on the ‘readiness index’ in terms of their high-tech manufacturing capabilities.

New Zealand was ahead of Australia by two places on the 2016 Global Innovation Index, but having both fallen two places since the previous year, it looks like we both must pick our game up in terms of innovation.

The Australian Prime Minister’s Industry 4.0 Taskforce recently signed a cooperation agreement with Plattform Industrie 4.0 in Germany, to foster cooperation and information sharing between the two countries in the area of Industry 4.0.

Investments in Industry 4.0 are expected to accelerate over the next two to three years, and in manufacturing the smart factories of the future are a big focus, with their seamless operational systems equipped with autonomous robots, as well as big data and analytics, augmented reality, additive manufacturing, horizontal and vertical system integration, simulation, the cloud and also cyber security.

So, what does that mean for the future of work? We need to rethink the way we educate children to put less emphasis on technical skills and focus more on creative and interpersonal skills. The Government needs to ensure that STEM skills are a compulsory part of the curriculum for every child so that our future generations to have the right skills to work in our service based economy.

What next?
Rather than reacting to the next wave of technological disruption after the fact, all organisations need to be able to anticipate disruption and act ahead of the curve to retain their customers and to win new ones. Only by embracing the Fourth Industrial Revolution and the technological change that comes with it, will businesses avoid being disrupted and ideally become the disruptors.

It is up to us, we are the revolutionaries and we all have a role to play in the future of the digital economy. Whether we like it or not, the Fourth Industrial Revolution will confront us all – so how do we make sense of it and prepare ourselves for a not-so-dystopian future?

About the Author
Sam Williams is the marketing director of Certus Solutions (Auckland & Wellington) and founding partner of both Aamplify and Cognition. He says he is fascinated by the exponential change we are in the midst of, working at the forefront of digital strategy and how it impacts business-to-business communications and digital experiences.

He will be talking about the Fourth Industrial Revolution as a speaker at Accelerate 2017 in Wellington (this coming Tuesday 13 June), Auckland on the folloing Thursday 15 June, then Melbourne and Sydney to Thursday 22 June.