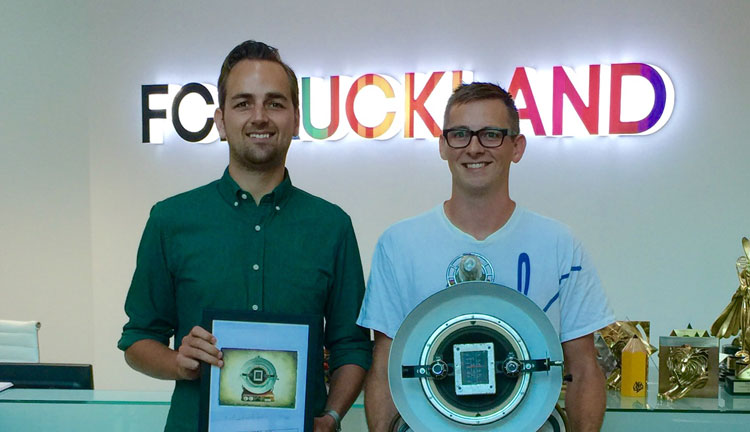 Matt Williams and Freddie Coltart from FCB had an idea – to make a sale that only lasted as long as the radio ads. And that idea has seen the pair named worthy recipients of the February ORCA award for their work for. AS Colour, an apparel chain historically known as a t-shirt company.

AS Colour’s problem: Despite today having over 450 different products on offer, all anyone continued to buy were the tees – over 75% of all sales.

The creative solution: When ads were on, it was two-for-one instore. When they weren’t, customers waited for the next ad. And the more they waited, the more they got familiar with (and bought) product they’d never considered.

“We realised many customers weren’t even aware of just how much was on offer instore, said Coltart. “We had to change that,” said Williams.

The FCB creative team picks up the $500 and a limited edition Martin Horspool certificate and a $5,000 radio schedule for A.S Colour.

Simon Vicars and Brett Colliver from Colenso BBDO also got a special mention, picking up a merit for their Mizone campaign. “Tone and humour were spot-on,” said the judges. These Mizone ads spread the Mizone message with wit, humour and credibility.”