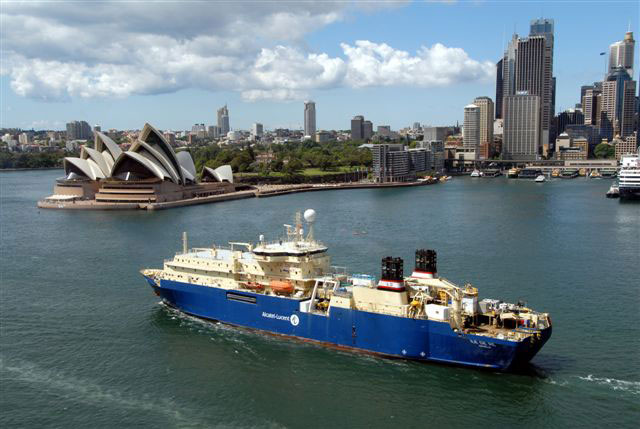 The Tasman Global Access Cable – an under-sea cable that will provide a huge boost to NZ’s international broadband connectivity – is now in the final stages of construction, with the specialised undersea cable ship Ile de Re heading towards New Zealand shores.

Telecommunications companies Spark, Vodafone and Telstra are investing around US$70 million (NZ$96 million) to build the TGA cable.

The benefits of the TGA cable will include strengthened links into fast-growing Asian markets, important redundancy and resiliency, and better connection with the five main international cable systems currently serving Australia.

Last month, the Ile de Re completed the shore landing at Sydney’s Narrabeen Beach, before commencing the cable lay across the Tasman Sea. The Ile de Re started on its journey towards New Zealand on 30 August, and currently it is working 500 nautical miles off the coast of Sydney.

Vodafone NZ wholesale director Steve Rieger said this final phase of the project will see the Ile de Re connect up the cable to the existing beach landing at Raglan, which was completed in April.

“The beach landing at Raglan laid the cable in piping beneath the sand, and out 3km into the ocean, and the Ile de Re will connect up to that. It’s exciting to be getting close to seeing the cabling works finished,” he said.

The TGA cable will run 2300km from Raglan to Narrabeen Beach. To date, the ship has deployed nine out of a total of 20 repeaters, which are used to amplify the optical signals along the length of the cable.

Spark NZ wholesale & international GM Lindsay Cowley said the TGA cable is expected to start carrying data across the Tasman at the start of 2017.

“The TGA cable project is currently on track to be completed, tested and ready for service by the end of January 2017,” he said.

“This is an exciting project that will meet the future international bandwidth requirements for New Zealand consumers and businesses alike, which are set to grow by 11,000% in the next 10 years.”

The 2300km length of cable is comprised of two fibre pairs, and will have a total capacity of 20 terabits per second.

The Ile de Re is the property of Alcatel-Lucent Submarine Networks (part of Nokia), which is the company contracted by Spark, Vodafone and Telstra to carry out the TGA cable project.