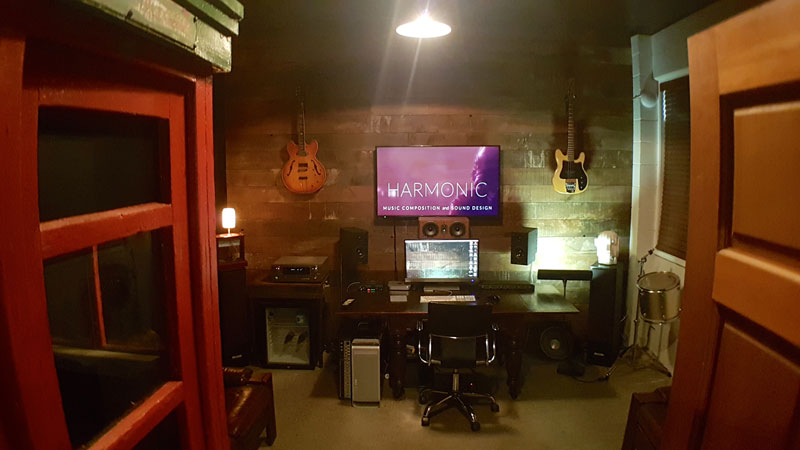 Over the last 15 years Hobbs has composed music for commercials (Sky TV, Speights, Skinny, Tip-Top), television (Rude Awakenings, Highway Patrol), film (most recently Jean), and dance (Atamira’s new work Pango). For the last year he’s been working in his beachside studio on film projects and a new album for his band Lost Demos.

With these projects nearing completion he’s made the move back to the city to offer a full composing and audio-post service.

The Kingsland audio suite offers an HD audio-post service in a character-filled building, complete with a voice booth built from a restored red vintage telephone box.

“I’m really thrilled to be back in town again, and especially to share such a creative space,” he says. “The old telephone box sounds great, makes everyone laugh and keeps the voice talent relaxed.

Harmonic is at 6 Central Road, Kingsland.