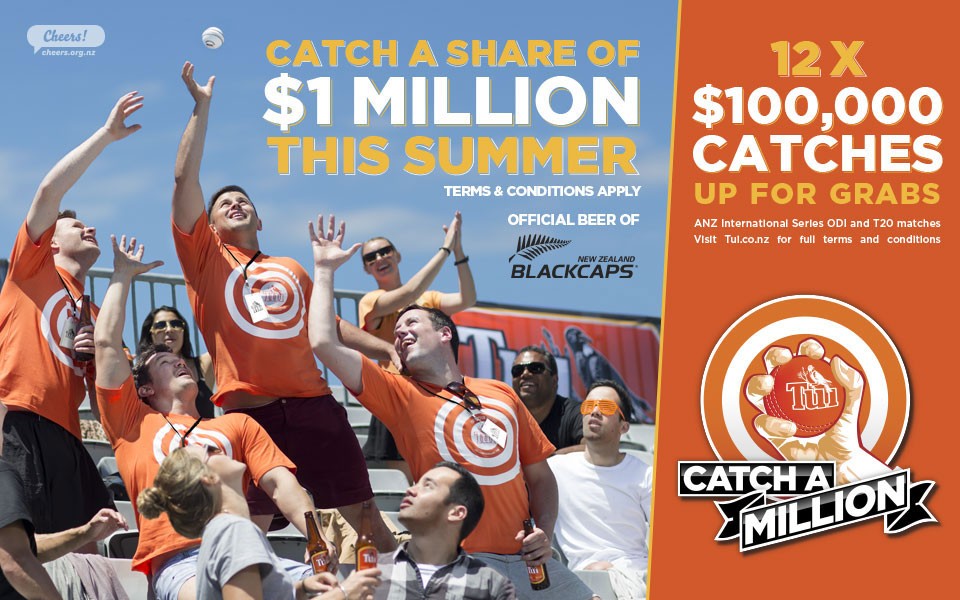 Activation agency ApolloNation Auckland has won two Gold awards and one Silver for the Tui Catch a Million campaign at the APMA (Australasian Promotional Marketing Association) Star Awards, which were held in Sydney last Thursday.

The Star Awards recognise and celebrate the best in Promotional & Experiential Marketing and the Tui Catch a Million campaign, which was developed in partnership with Saatchi & Saatchi, took home awards in the categories of Best Activity Generating Brand Awareness & Trial; Best Brand Building Campaign and Best Integrated Communications Campaign (Under $1 million budget).

“In only our second year as a NZ Blackcaps cricket sponsor, we challenged our agency partners to deliver a bold and courageous leverage campaign that would not only get Tui into the hearts and minds of cricket fans, but also drive real commercial returns,” said DB Breweries’ Tui marketing manager William Papesch.

“It’s not often you get a campaign that delivers on both fronts so strongly.”

“Cricket interest and brand association measures went through the roof, Tui hit the media like never before, but equally important, the Tui brand grew while its competitors declined.”

Kylie Green, Managing Director Activations for Dentsu Aegis Network ANZ said: “Tui Catch a Million campaign is truly a world-class activation campaign that demonstrates how a brand can in fact have a meaningful and strong connection with its consumers and inject some passion and fun into it at the same time.

“We’re thrilled to see this activation recognised with three awards at the Star Awards and now have our sights set on Spikes Asia.” [This brilliant campaign has already won a PR Gold Lion in Cannes, and is certain to do well in Singapore. – Ed]

ApolloNation Client Service Diretor Emma Henaghan said, “I am so proud of the ApolloNation NZ team. They put their hearts and souls into this Tui campaign which in turn captured the attention of our entire nation.”