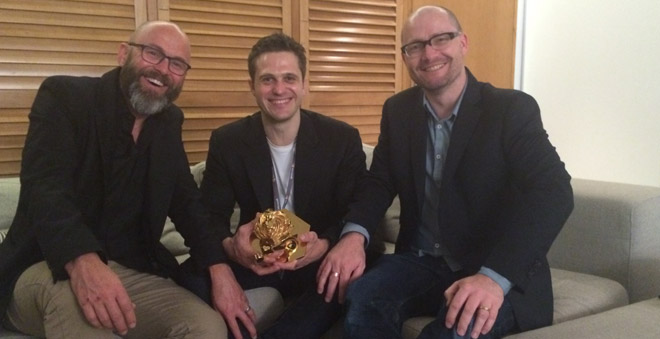 Tui has won a Gold Lion for Catch a Million in PR and Bronze for Beer Plumber in Promo & Activation in Cannes overnight.

“To have both Plumber and Catch a Million recognised on the biggest global stage is incredible,” said Tui Marketing Manager William Papesch who, with Saatchi CDs Guy Roberts and Corey Chalmers, was in Cannes when the winners were announced.

“We also, really need to thank New Zealand cricket fans, as the Catch a Million campaign literally wouldn’t have existed without them.”

“Both are simple ideas that resonate with Kiwis and have not only picked up creative accolades but also, importantly, delivered real business results for an awesome brand.”