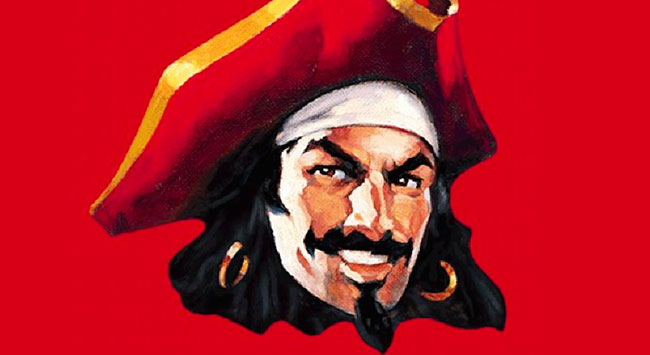 A commercial for Captain Morgan Rum has been banned by the UK advertising watchdog for suggesting alcohol can improve people’s confidence. The ad went to-air in May and is set on a pirate ship and features a man dancing and swinging on a rope with the Captain Morgan face superimposed over his own.

As part of a 4 million pound campaign, the on-screen text reads: “CAPTAIN THE DANCEFLOOR,” “CAPTAIN THE NIGHT,” “PUT YOUR CAPTAIN FACE ON,” before the sign-off “LIVE LIKE THE CAPTAIN.”

According to the UK’s Advertising Standards Authority (ASA) the TVC was irresponsible because it implied drinking alcohol could contribute to an individual’s popularity or confidence.

It was investigated after charity Alcohol Concern and a member of the public challenged whether the ad was reckless for implying that drinking alcohol could contribute to an individual’s popularity or confidence and that the success of the social occasion depended on the presence or consumption of alcohol.

In its defence, Diageo, the owner of the Captain Morgan brand, said the ad is not irresponsible and does not imply alcohol could enhance an individual’s popularity. It points out no alcohol was shown until a product shot at the end, which also came with a safe drinking message.

However, the ASA deduced that manner in which the man – which viewers would equate with the rum itself – danced suggested it was the alcohol that gave him the confidence. It also added that the word “Captain” suggested enhanced confidence, dominance, and the ability to lead others.

Diageo argued the ad aimed to emphasise the attitude the brand embodied – one of camaraderie, enjoying time with friends and living life to the full. It added that the man with the Captain Morgan face was not shown to be more popular, confident or self-assured than the other partygoers. There was no transformational moment at which point his behaviour was shown to change, whether due to the consumption of alcohol or association with the Captain Morgan brand.

The ASA explains: “Although the ad did not explicitly depict drinking alcohol as resulting in a change in the central character’s behaviour in a ‘before and after’ scenario, we considered that the superimposed Captain Morgan face implied that he had already consumed the product and thus linked his confident behaviour to this consumption.”

As a result, the ASA concluded the ad implied that drinking alcohol “could enhance personal qualities” and was therefore irresponsible.

The ASA told Diageo that the ad must not appear again in its current form and not to imply that alcohol could enhance people’s confidence.

Julie Bramham, European marketing director at Captain Morgan, says “No alcohol was pictured and the Captain Morgan face was designed to represent the brand as a whole and not intended to be linked to the consumption of alcohol. We believe that the advert illustrated camaraderie, enjoying time with friends and living life to the full while taking charge of a night out and staying in control.