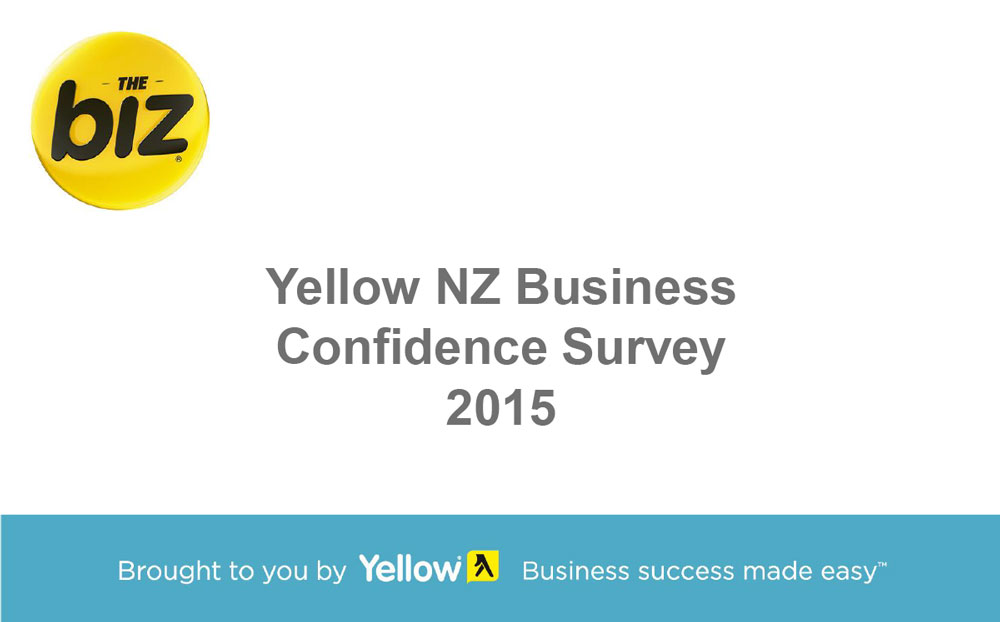 NZ small and medium-size businesses rank marketing as the number one skill they feel the need to improve on for the success of their business, according to the annual Yellow NZ Business Confidence Survey, issued yesterday.

This result suggests SMEs are viewing digital marketing as a separate area, as opposed to a core part of their marketing.

New Zealand’s small to medium enterprises1are most concerned about keeping and satisfying existing customers in 2015.

The survey, commissioned by Yellow, and conducted by Colmar Brunton, investigated the biggest concerns for SMEs and found almost 8 out of 10 (77 per cent) are concerned about satisfying existing customers. Alarmingly, a third said this was something they were ‘very’ or ‘highly’ concerned about.

Overall SME expectations were positive for the coming year, especially among retail and wholesale businesses. More than half of SMEs across the country expect profit to grow in 2015 and only six% anticipate a decrease in profit.

“But what we at Yellow wanted to look at, were the things that were of most concern to SMEs – the things that keep business owners awake at night. We were surprised to see that effectively, customer retention is the most pressing concern.”

“We think that business owners are aware of how bombarded consumers are with messages from an ever-increasing number of channels. They know that it can be a full time job to maintain the status quo. Competition these days isn’t just a new shop a few streets over, it’s your competitor set online too.”

The Yellow NZ Business Confidence Survey also investigated the areas that business owners wanted to upskill in, to make their business more successful.

Keeping up with marketing trends was a top concern for 41% of SMEs, however digital marketing was further down the list at just 34%.

“What this tells us is SMEs are viewing digital marketing as a separate area, as opposed to a core part of their marketing,” Boersen says. “They might be missing a trick if they’re not prioritising digital.”

Online presence can be a cost-effective and efficient way to be top of mind with customers,” he said.

The survey looked at how business owners wanted to upskill and found 67% wanted to attend ad hoc events or seminars but almost a third said time was the biggest barrier to attending. For those outside the main metros, accessibility was an issue, with 25% of SMEs in Northland, the central North Island and Otago citing this as a barrier to learning. Cost was a stumbling block for almost one in five business owners.

To address this, Yellow is launching the second of its successful event series – The Biz – a roadshow that attracted more than 2500 people in 2013.

This year, The Biz will visit 10 cities and towns throughout New Zealand during February and March 2015, in a compact three-hour format.

“We’ve listened to what business owners told us they wanted to learn about, so we’re covering topics such as marketing, with a real focus on digital, IT and recruiting good staff, with help from companies such as Google and Microsoft,” said Boersen.

“We’ve also made sure we’re heading to those areas that are often neglected by event series. So we’ll be heading to places like Whangarei and Palmerston North and bringing our business experts along with us,” said Boersen.