Players rearrange the cans on the touch screen, which then pops out a special Valentines Day Coke in a pink-and-red can.

The promotion is part of the wider Coca-Cola 2014/2015 summer campaign #colouryoursummernz, which has seen the introduction of a colourful new range of limited edition 300ml Coke and Coke Zero cans to the New Zealand market.

The new range comes in red, purple, blue, pink and orange, in the tall and slender 300ml can.

“We have introduced the limited edition range as an exciting way to brighten up the traditional Kiwi summer, as it introduces an additional touch of colour to inspire happiness,” said Coca-Cola Oceania marketing manager Heidi Somerville.

“We know that colour is a great happiness cue among the next generation of consumers, and wanted to provide consumers with a conveniently priced and sized can allowing them to add a splash of colour to their summer. We see the 300ml colour can range as a way to unlock incremental growth in the carbonated soft drinks category.” 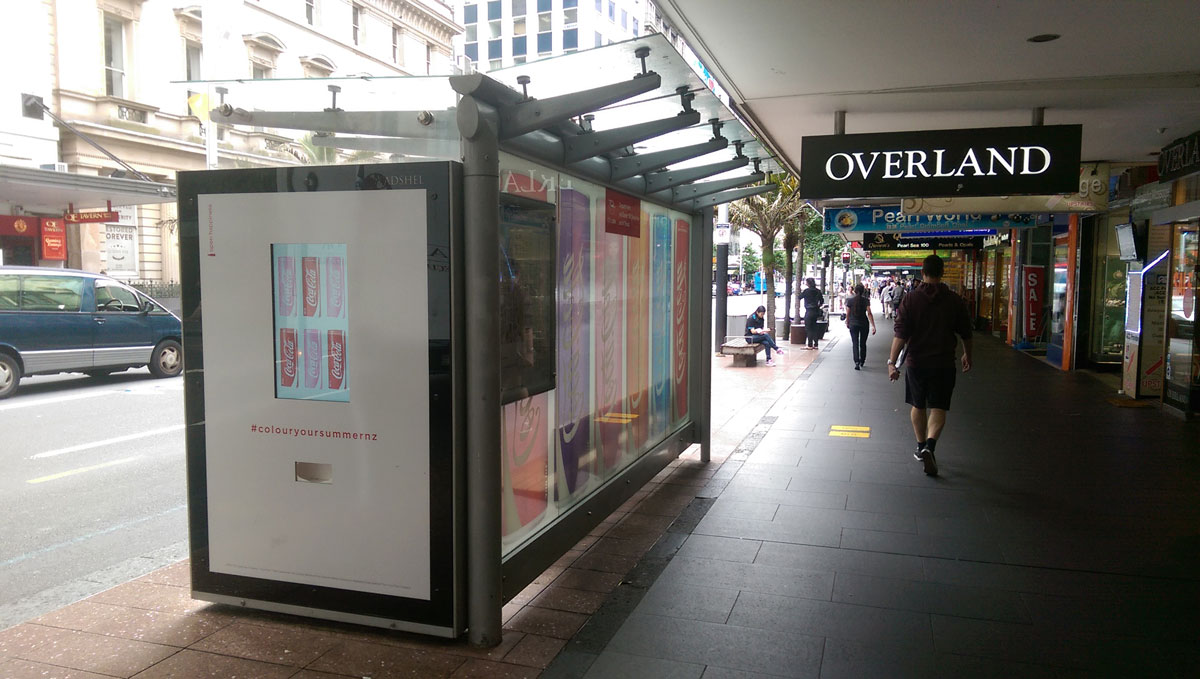