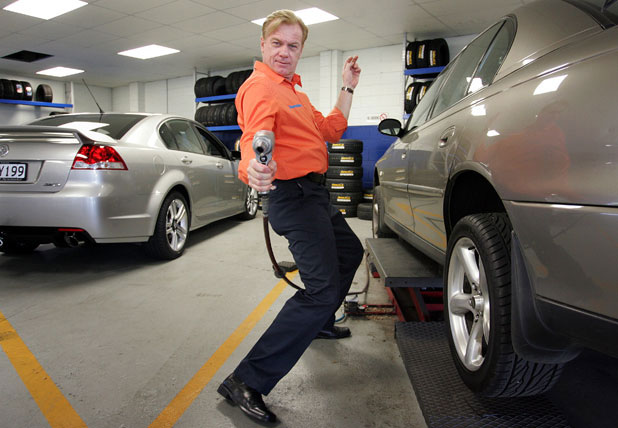 Baurepaires love him/hate him champion for the past three decades, Ausssie Vince Martin, will be permanently put out to pasture now that NZ agencies DDB and DDB Group-owned comms planning agency Dynamo have been appointed to the creative side of the business, following a pitch.

Beaurepaires work has been coming out of Australia, with some input from Clemenger Wellington, and the decision to appoint NZ agencies signals a major change in creative direction for the brand.

Now celebrating its 30th year in business, Beaurepaires is the country’s largest 100% Kiwi owned and operated retailer of tyres, wheels, batteries and wheel alignment servicing.  Purchased in August last year by NZ company Beau Ideal Limited, the new owners have focused on turning around the business to bring profitability back to the stores and business, says Katherine Rushbrooke, Marketing Manager from Beau Ideal.

Over the past five years Beaurepaires has been relatively quiet with its advertising, with veteran brand ambassador Vince Martin not as prominent on NZ TV screens. “However, with major infrastructure in place, we decided the time was right to appoint a creative agency to lead a rebrand and once more make Beaurepaires a friendly and famous household name,” Rushbrooke says.

“The decision to appoint DDB and Dynamo was unanimous. We know this team will light the creative fire and reinvigorate the Beaurepaires brand. They have big boots to fill after 30 years of Vince, but we absolutely believe they’re the team for the job and we’re excited to embark on this new journey, into the next chapter of the brand.”

DDB General Manager Oliver Lynch said: “DDB is absolutely thrilled to have been selected to partner with Beaurepaires. It’s a really exciting time to be working with this famous brand, with its ownership back in Kiwi hands once more.

“The new team at Beaurepaires are a great bunch with clear ambitions and a determination to return this brand to its iconic status in New Zealand. We have some great ideas brewing already.”

Since the change of ownership, major infrastructure has taken place, including new servers and phone systems, a new call centre established and head office relocated to Hamilton. Beaurepaires and Goodyear Auto Service Centres include 50 company owned retail stores as well as 20 licensee stores. It sells some of the the worlds biggest  tyre brands including Goodyear, Dunlop, Michelin, Continental, and BFGoodrich.