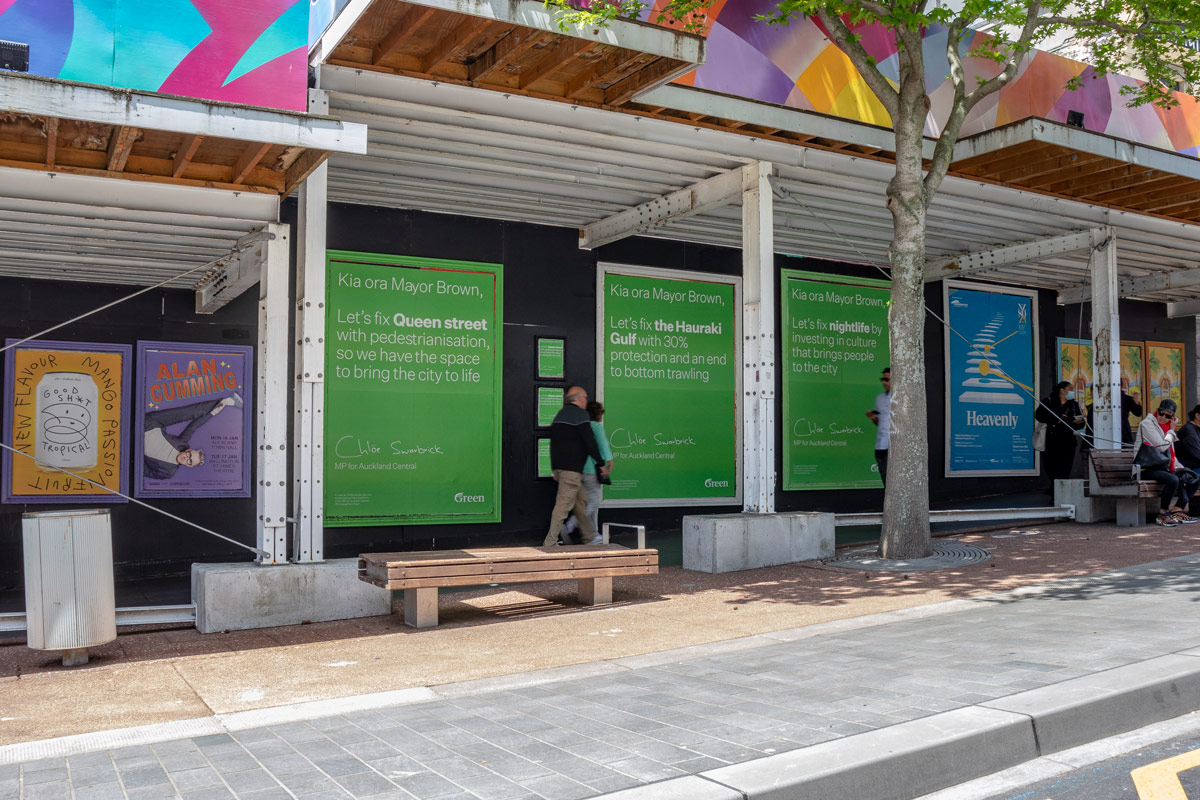 “The meeting didn’t take place in a room with PowerPoints and bad coffee,” reports the latest edition of Phan Mail. “Instead, it took place on the streets of Auckland.”

“Turns out Wayne and Chlöe agree on a number of things, like the need to improve central Auckland’s streetlife.

“They’d like to see the port shifted from the waterfront. They chatted about housing, public transport and other things that matter to the 45,000 people who live in or near the CBD.

“Then Chlöe took the conversation to the next level. She distilled her message into five succinct posters, and shared them with the public.

“And where better to place those posters than inside Phantom Billstickers’ frames?

“There’s a special magic that happens when people encounter posters that speak to the issues that affect them right where they are.”

Taking messages to the street
“Phantom is your natural partner if you’ve got something specific to say to people on the streets where they live, commute, shop and play.

“You can connect your message to the surroundings – like Chlöe, with her passion for pedestrianisation. There’s a special magic that happens when people encounter posters that speak to the issues that affect them right where they are.

“You don’t have to be a Green Party MP advocating for public transport with posters near train stations. You could be an ice cream brand tempting tastebuds outside a dairy. Or a music promoter connecting with a student fanbase near universities. The possibilities are limited only by your imagination.

“Then have a word with Phantom. We have more street poster frames in more locations than anyone else. And we’ll help you buy the perfect selection of sites to connect with the target market you’re chasing.

“Even if you’re only talking to an audience of one. Yes, that’s you, Mr Mayor.”