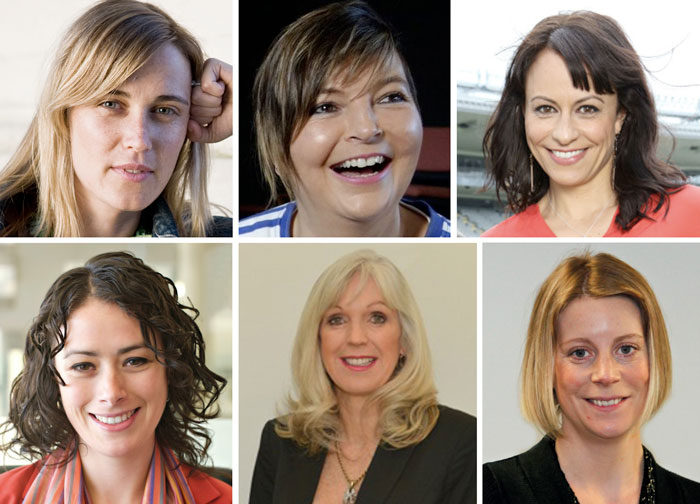 Victoria Ransom who runs media marketing software company Wildfire Interactive was last night named winner of the Business category at the NEXT Woman of the Year Awards held in Auckland (in association with online jewellery store Pandora).

“After her spectacular success with Wildfire Interactive, Victoria Ransom has gone on to mentor up and coming entrepreneurs to make it easier for those following in her footsteps, making her a worthy winner of this category,” the judges said.

Ranson (a graduate of Harvard Business School) sold her business to Google in 2012, and currently resides in Palo Alto, California.

Six winners were honoured for the varied and individual contributions they have made both at home and abroad, breaking new ground and lifting up communities in need. The standout finalist, who has been crowned Woman of the Year 2016, is Billie Jordan – founder of The Hip Op-eration Crew, which is officially recognised as the world’s oldest dance crew.

“Billie’s inspirational story has swept the globe and helped challenge the stereotypes about growing older,” the judges said.

The 47-year-old initially moved to Waiheke after being caught in the devastating 2011 Christchurch earthquake, and found a community of elderly people who needed something to live for. So she created The Hip Op-eration Crew – and her idea went global.

With no experience in dance or working with the elderly, Billie gave her crew an audacious goal to aim for and they ended up performing at the World Hip Hop Championships in Las Vegas. Now she’s taking her bright idea across the world, creating the Hip Op-eration Dance Academy so that other ageing communities can join this dance revolution. Hip hop is just the vehicle, Billie believes; what her crew really wanted was the chance to be treated like human beings and to show that there’s no age limit when it comes to stepping outside of your comfort zone.

Billie won the Supreme Woman of the Year award, as well as the Arts & Culture category. The other five category winners were:

Sport: Trina Tamati, Tournament ceo of the hugely successful Auckland NRL Nines, took out this category for her work changing the gender landscape of the male-dominated industry and championing the next generation of Maori women.

Community: When Barack Obama personally gives your charity the thumbs up, you know you’ve got a success story on your hands. Dale Nirvani Pfeifer has created GoodWorld, a company that enables instant charitable donations via social media – making it easier than ever to make a difference.

Education: Anne Gaze has one simple goal in mind: to create an equal playing field for all Kiwi students. She founded Campus Link, where top former students tutor high school students during the school holidays and also introduced the Feuerstein Cognitive Intervention programme to New Zealand, to encourage neural growth for both normative and learning impaired students.

Health & Science: Professor Merryn Gott’s work in palliative care is so ground-breaking, she’s influenced policies both in New Zealand and in the UK. The winner of this category has dedicated her career to changing the attitude towards death and dying – both in society and in the medical profession.

“Every year, we are inspired and humbled by the outstanding achievements made by the women across New Zealand,” says Sarah Henry. “For a lot of the finalists, NEXT Woman of the Year is the first time they have been in the spotlight and acknowledged for their extraordinary work. The opportunity to give these women the recognition they deserve is a highlight for us every year.”