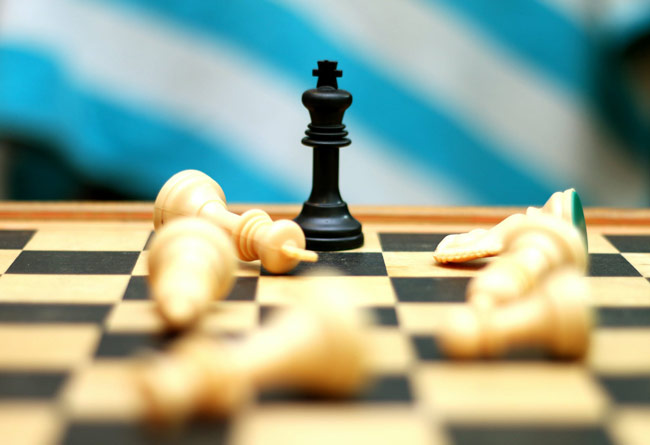 A blog by DDB AUNZ regional CCO Damon Stapleton
“We tell ourselves stories in order to live.” – Joan Didion

AUCKLAND, Tuesday: Well, here I go. This is the advertising equivalent of the charge of the light brigade. I am going to ride my horse of belief right at the cannons of coolness. I am about to fight for a word even I hate. Tally ho.

For a little while storytelling was a good word in advertising. Then it became lame because everybody used the term. Because of this, it lost its meaning. It was a bit like one of those clubs that suddenly everybody started to visit. It used to be interesting and special. And then suddenly it became shit.

I mention it because I read two interesting tidbits this week. The first was an article that stated that creative directors could be replaced by robots. And at the very least, AI will become a massive tool for creatives. The reason given is that with the ability to tailor messaging going forward you will have to have multiple executions. So, for example, as the weather changes the headlines on your billboard may change to make the message relevant to the environment. The author seemed to think this was revolutionary. He also seemed to have very little idea what creative directors do these days. Actually, I have noticed lately that people that are not creatives who write about creatives seem to have the strangest and most outdated ideas about what we do. But I digress.

[Ed’s note: “This cuts both ways, Damon. Many agency releases – the basic material comms journos use – contain too few facts, and way too many superlatives.”]

I have no doubt that AI will become a massive tool for advertising in the future. Messages will have to be pumped out at a blinding speed, with unerring accuracy across multiple channels. The question is, is this the only way and should it be the only way to do things? Going forward many of the discussions will of course be about cost, relevance and the ability to personalise the message for the consumer. Remember this sentence.

“I think advertising will still be a blend rather than a single malt.”

The other piece I read is an article written last year in the New York Times by Marie Fazio. It is about the incredibly popular Netflix series Queen’s Gambit and how it has made chess ridiculously popular across America again. Just as an example of how popular chess has become the article gives two stats. Goliath Games, a company that sells chess sets, has seen sales increase by 1000% over the year before. And on eBay, sales of chess sets have increased by 215%. Holy shit.

Changing behaviour is always the gold standard in our business. Think about if you had received that as a brief. In a world of infinite and exciting games, full of people who have no time, we want you to get these people to play a very old unfashionable game very few of them understand. Good luck. Show me ideas on Wednesday. And you know have fun with it.

If there is a lesson we should not forget, it is that to persuade people to do anything they have to care about it. When people care about something they don’t have to be told very often. Remember that sentence. Cost, personalisation and relevance. Well, not needing to be told very often takes care of cost. And when you have a truly great yarn, it goes way beyond relevance and personalisation for the viewer. It becomes a part of them. The story is them even when it isn’t about them. Think how crazy it is that a story about a chess genius in the ’50s makes multitudes of people go out and buy chess sets today. But it did. Because the story made the world care about something they didn’t care about. It made them look for something nobody could have predicted they would look for.

Here’s another example based on my dipstick research. I am seeing something similar with a documentary series called Drive to Survive. It is a giant advert for Formula 1. I have had multiple conversations with friends that start with the following words. I never liked Formula 1 but shit since I watched that series it changed how I look at it.

The storytelling changed their mind about something they didn’t give a shit about. Advertising would do well to remember very few care about our messages. Accuracy will not be enough.

“Storytelling can make you care about things you didn’t care or know about.”

I guess my feeling is I am always dubious when somebody says the future of advertising will be like this or like that. Nobody knows and most predictions come with a vested interest. At best, most predictions are partly right. So, here is my inaccurate prediction.

I think advertising will still be a blend rather than a single malt. For me, how time works in our business will be the greatest challenge we face. What will an ad be going forward? That is a whole blog in of itself. There are going to be many levels rather than one platform no matter how inconvenient that is. Advertising will be about relevance and accuracy on one level. A personalised billboard, sure. But, that will not be enough. Remember, storytelling can make you care about things you didn’t care or know about. I agree that AI will play a major role and it will do a lot of heavy lifting for a certain level of the business. I also think creativity and AI will do a whole lot of amazing things we cannot imagine. So, done right that is pretty exciting. And right means letting these two powerful things dance together without deciding what the music should be. If it just becomes about cost, speed and volume the work will get worse. Guaranteed.

Here is the other side of the coin. I think accuracy is not the same thing as distinctiveness. Being there is not the same as being noticed. I also think personalisation is not as powerful as internalising a tale that makes your life more interesting or more exciting. Can advertising do that consistently? A good question we will find the answer to in the next couple of years. What I do know is I think that will be the benchmark going forward as the boundaries blur.

I am also bloody sure that when everybody starts doing the same shit there will be a sweaty meeting about trying to be different from the competition. Or, the other late night round table with post-its about how we connect with actual human beings who don’t seem to be noticing our very accurate messages.

And to solve that, you will always need a bloody good story.