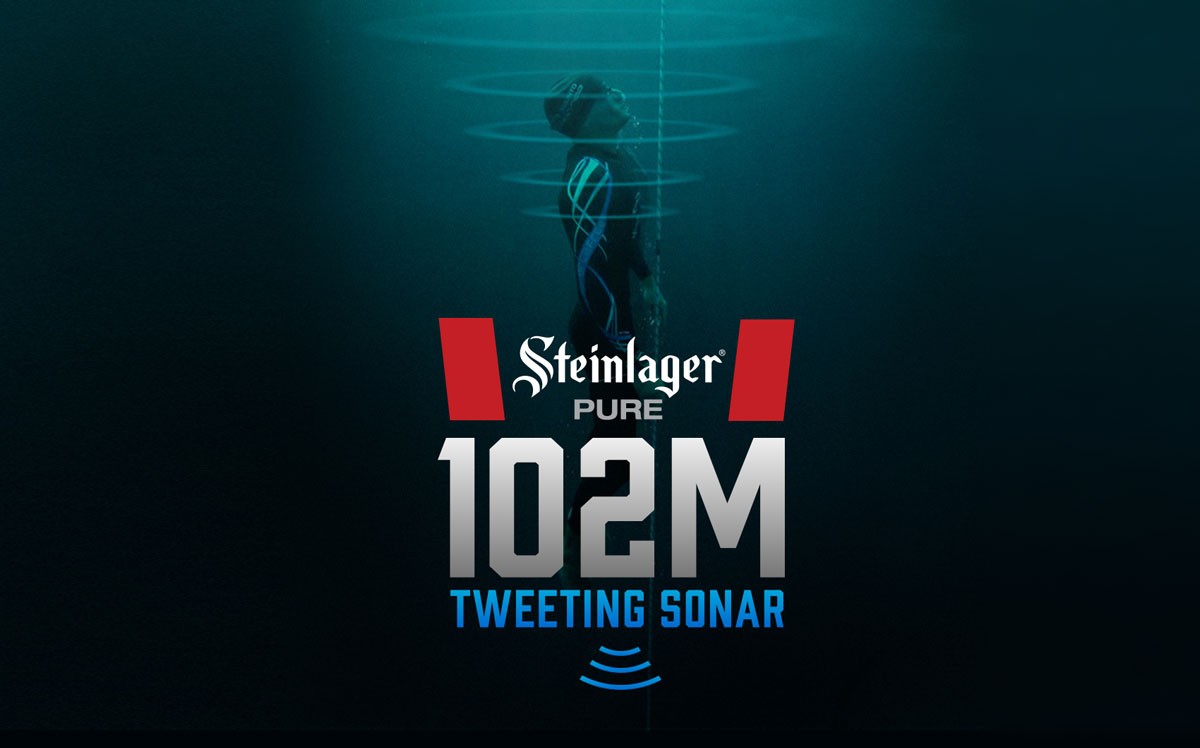 Weather permitting, world record free-diving champion, Steinlager Pure ambassador William Trubridge, will attempt to break his own world-record live on TV ONE Breakfast tomorrow (Wednesday) as part of an integrated campaign by DDB.

At 8.15am New Zealand time, Trubridge will attempt to reach 102 metres underwater on a single breath as he free-dives Dean’s Blue Hole in Long Island, Bahamas. The broadcast is expected to stop the nation.

Trubridge has been working with Steinlager Pure since earlier this year after DDB identified him as the perfect hero to represent the brand’s ‘Born to Defy’ mantra.

“This is the second chapter in the Trubridge and Steinlager Pure story, following the epic brand TVC we released earlier this year, and it involves a lot of thrilling firsts, and exciting new digital elements,” says DDB ECD Shane Bradnick.

“In a New Zealand first, we’ve created a live world record attempt piece of long-form content, for an entire nation.”

In the lead up to the world-record attempt, New Zealanders and supporters from around the world, have been encouraged to leave their message of support for William on the ‘102 metre website’ that has temporarily taken over www.Steinlager.com.

Developed by the DDB digital design team, the website allows visitors to leave a recorded message in encouragement for Trubridge. Using underwater technology these messages will be played to him so he is able to hear the whole of New Zealand while he dives.

Fans leaving messages of support via Twitter and the website include All Black Liam Messam, iconic model Rachel Hunter and not surprisingly Linda Trubridge, William’s mother.

Tomorrow morning Auckland commuters will be able to experience the dive as it happens thanks to a ‘tweeting sonar’ streamed across digital billboards around the city, in a first for the country. The tweets will share Trubridge’s journey at each stage of the dive; for example at 85 metres deep the pressure is so great it could implode a rugby ball, and at 93 metres deep Trubridge is at the equivalent height of the Statue of Liberty.

“This campaign not only includes print, outdoor, radio and a world-class interactive website that in itself offers a unique journey, but we’re broadcasting live a world-record attempt from half way across the world,”says Bradnick.

“Our entire team will likely be holding their breath along with William.”

Michael Taylor, Steinlager senior brand manager, says, “William’s dedication and drive to continually challenge himself and be the best is the approach we take with Steinlager Pure. We have created the best beer from the world’s most pure place, yet we’re forever asking how we can improve. 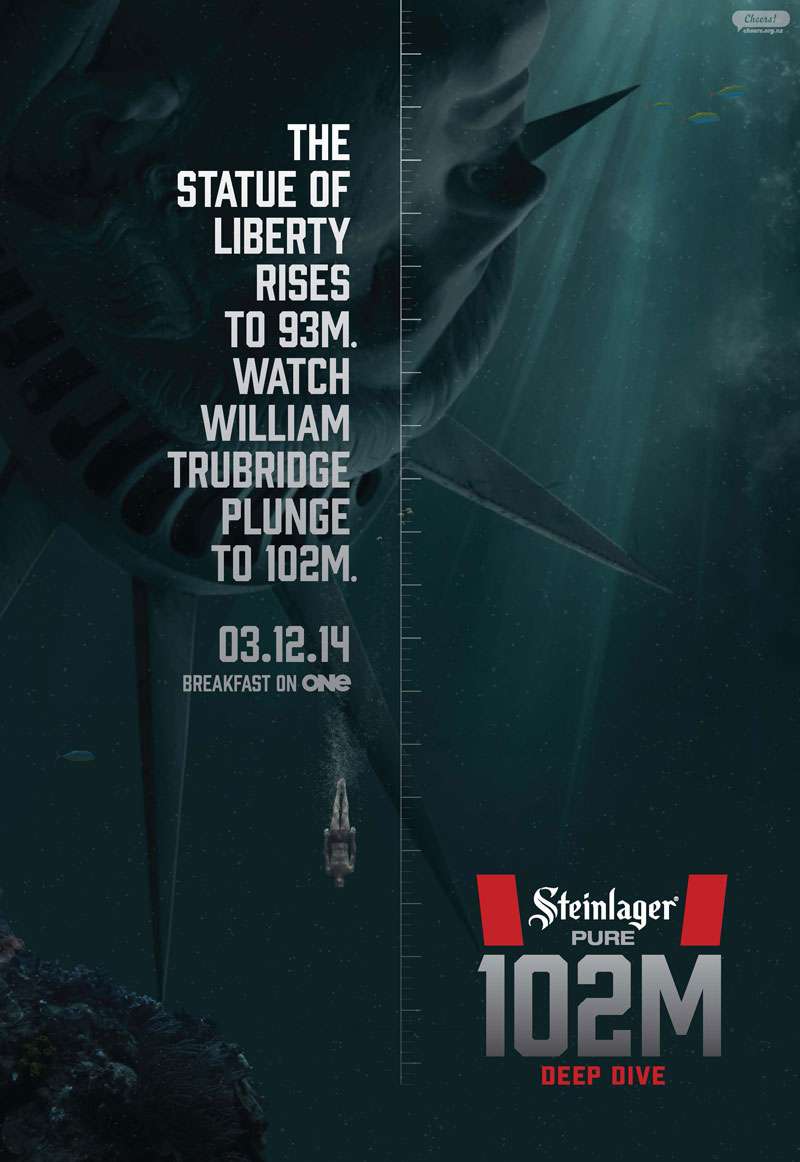 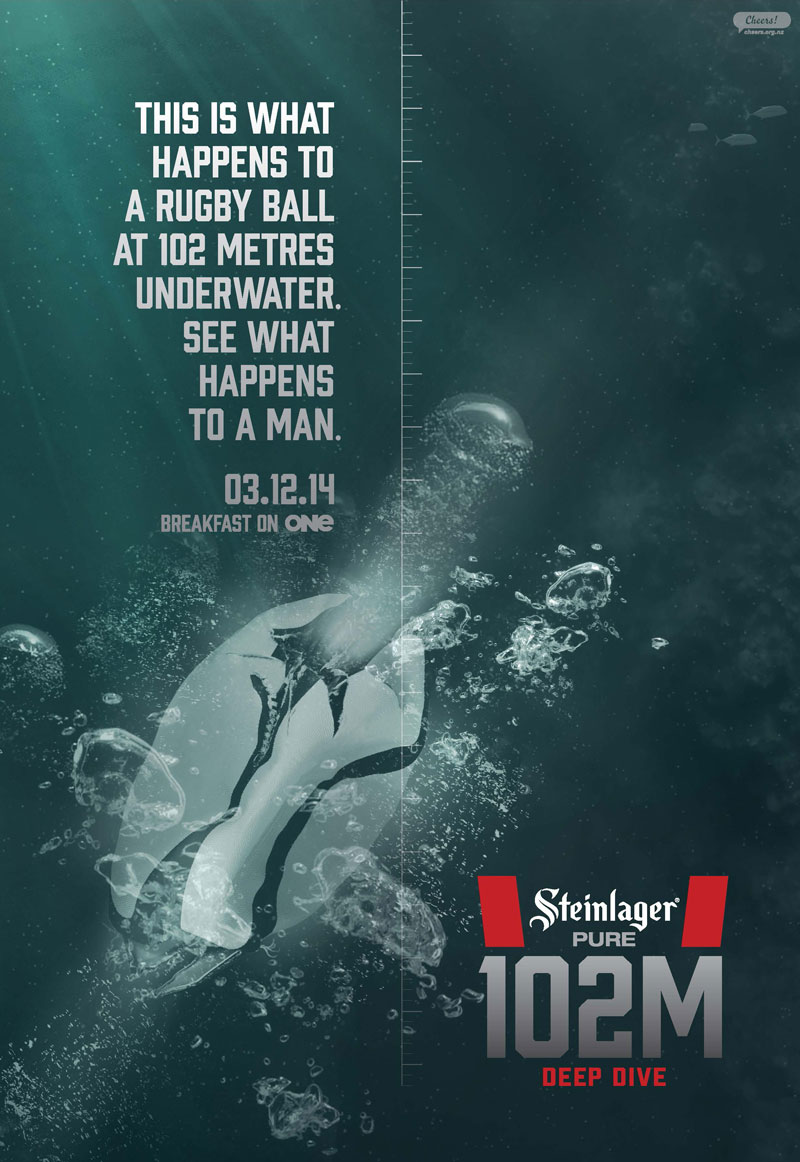