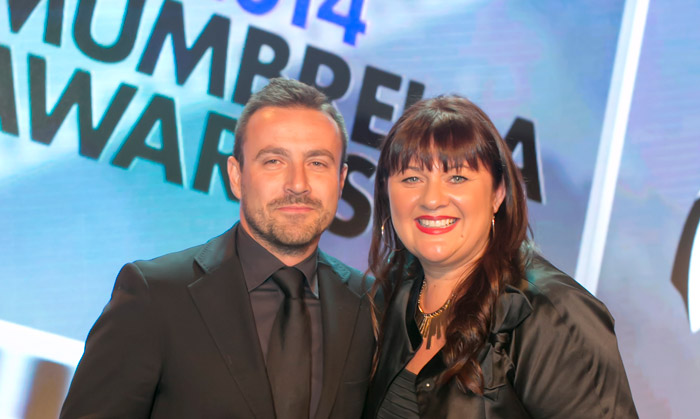 Colenso BBDO Auckland was named Creative Agency of the Year at the Mumbrella Awards in Sydney overnight.
READ MORE

“Over 12,000 ad people and associated hangers on have descended on Cannes in the south of France for the yearly celebration of this noble industry,” writes FCB senior creative Peter Vegas in his first exclusive report for M+AD.
READ MORE

Now that the dust has settled on the inaugural Beacon Awards, CAANZ is keen to ascertain what you thought.
READ MORE

iHeartRadio has launched the Official NZ Top 40 weekly chart – updated every Friday evening and free via the iHeartRadio app and website.

“It all came about when the team was reminiscing about watching the weekly Top 40 chart on TV every Sunday morning,” says TRN’s Carolyn Luey.

READ MORE
A hypnotic very large mouth – and getting alarmingly larger by the second – is the hero in the TAB’s new Make Some Noise spot currently on our screens.
READ MORE

Fairfax Media has announced a strategic investment in shopping innovation start-up Pricemaker. The media company has become a 50% shareholder in the business, in a move which “supports their commitment to growing mobile and digital capabilities to benefit customers and audiences”.
READ MORE

NZ has picked up a total of 24 shortlist places overnight at the Cannes Lions – three in PR, eight in Promo & Activation, 11 in Direct, one in Pharma, and one in the Young Director Award.
READ MORE
Assignment Group has launched a new 60sec sport promoting the Purina One Boot Camp and offering cat and dog owners to sign up in return for a free 30-day bag on Purina One.
READ MORE 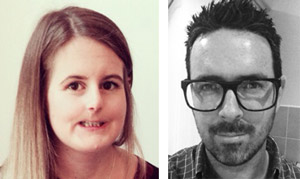 Two new senior appointments have been announced in Auckland by Saatchi & Saatchi and Carat.

Saatchi & Saatchi has promoted business director Paul Wilson to the new role of general manager. He will continue in his former role and will retain all his client responsibilities for Toyota/Lexus and DB, but he will now have more involvement with the senior leadership.

Our client is a next generation advertising agency using a collaborative approach between our data science, creative, media and tech teams to challenge the norms in the industry. They are... END_OF_DOCUMENT_TOKEN_TO_BE_REPLACED

Our client is a UK based integrated creative agency, part of a global network who have set up a team in New Zealand to service some high profile clients in... END_OF_DOCUMENT_TOKEN_TO_BE_REPLACED

Are you a senior marketer looking for a big challenge? See yourself becoming a Marketing Director in two years, leading your new team? Ready to advise on all things B2B... END_OF_DOCUMENT_TOKEN_TO_BE_REPLACED

Our client is a highly regarded agency group with international affiliation. Located in the heart of Auckland city, with a focus across Creative, Media and Data, they are looking for... END_OF_DOCUMENT_TOKEN_TO_BE_REPLACED

Are you a junior creative team buzzing with creativity, passion and smarts, who admires old school advertising insights but also creates and lives within a new digital world? Do you... END_OF_DOCUMENT_TOKEN_TO_BE_REPLACED

Are you a senior level copywriter – experienced writing across social media, and advertising – full of ideas and keen to lead this well-respected recruitment marketing company, where you will... END_OF_DOCUMENT_TOKEN_TO_BE_REPLACED

AUCKLAND, Tuesday: dentsu NZ general manager Luke Farmer is to leave the agency he joined – when it was Barnes Catmur & Friends – as managing partner in 2012. END_OF_DOCUMENT_TOKEN_TO_BE_REPLACED

AUCKLAND, Monday:  Special has added more firepower to its award-winning strategy team through a raft of promotions, fresh hires and new recruitment. END_OF_DOCUMENT_TOKEN_TO_BE_REPLACED

SYDNEY, Today: A New Zealand-born art director – who now calls Australia home – has been hired by DDB Sydney, as the agency puts on a growth spurt. END_OF_DOCUMENT_TOKEN_TO_BE_REPLACED

AUCKLAND, Today: Grey Lynn locally owned creative indie BCG2 has boosted its ranks in the client service department. Jessica Dearsley, who’s been with the agency for two years,  has been promoted to account manager across a range of BCG2 clients. END_OF_DOCUMENT_TOKEN_TO_BE_REPLACED